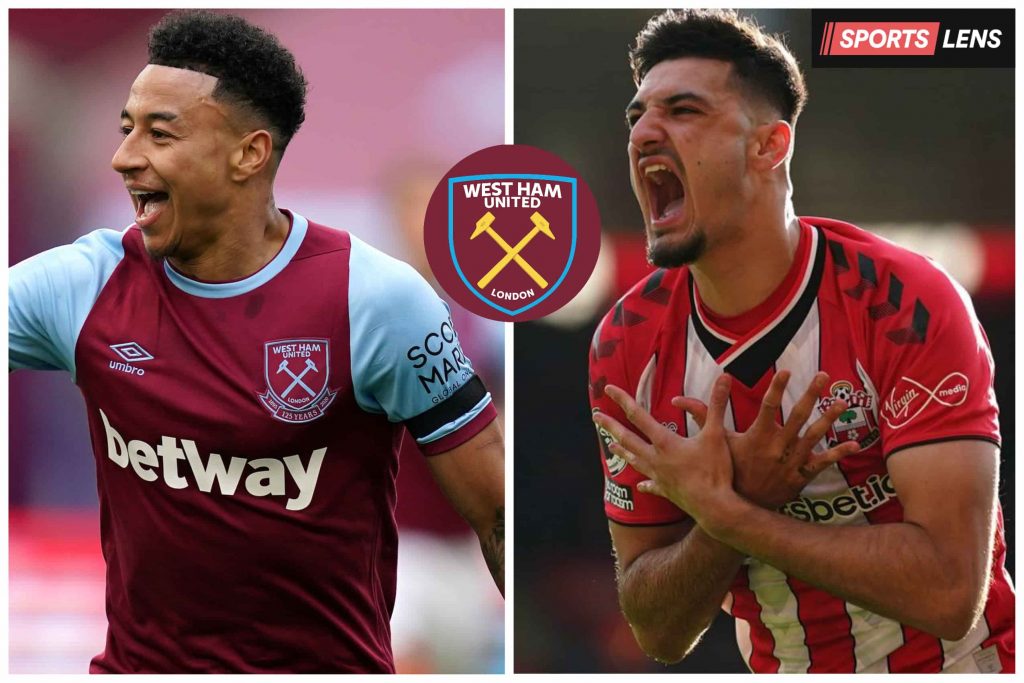 West Ham are close to securing two more summer signings with the club looking to bring in former loanee Jesse Lingard on a free, while they are also pushing hard in negotiations for Southampton’s Armando Broja.

Just last week it seemed as though Chelsea were reluctant to let talented young forward Armando Broja leave on a permanent deal, with a possible loan deal the likeliest outcome for West Ham.

It now seems the Hammers are closing in on a permanent transfer after they tabled a £30m proposal, which is believed to be enough to secure his services.

The English-born striker, who represents Albania at international level, spent last season on loan at Southampton where he caught the attention of a whole host of England’s top clubs. With five goals in 15 appearances, including three in his last five matches, Broja is seen by West Ham manager David Moyes as a key summer target in his quest to build for the future.

Elsewhere, the Scotsman is eager to bring back former loanee Jesse Lingard, who was recently released from his contract at Manchester United and is now available on a free.

In just six short months at the London Stadium, the 29-year-old notched in nine goals and registered five assists in 16 games as he rediscovered the form first seen when he burst on the scene as a youngster at Manchester United.

West Ham are in negotiations with Jesse Lingard’s representatives, with a ‘growing feeling’ the player will choose to return to the club… 👀⚒️

It now seems his return to east London is imminent after he posted a cryptic Instagram story; a photo of a takeaway shop called The Chicken Run, complete with the caption “if you know you know.”

The Chicken Run was the name given to the East stand at Upton Park, the club’s former home before moving to the London Stadium.

West Ham are in action this evening as they face Rangers at Ibrox in their fifth game of pre-season – be sure to take a look at our list of the best football betting sites ahead of kick-off.