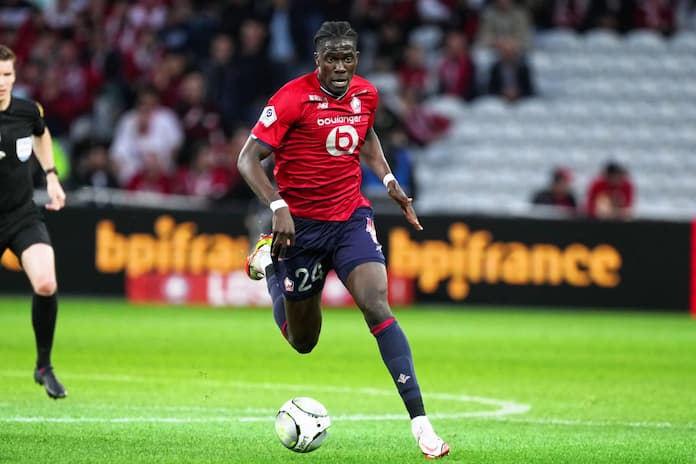 West Ham United have agreed a fee of £33.5m (40m euros) plus add ons to sign Amadou Onana from French side Lille.

David Moyes has been looking to bolster his squad ahead of their second consecutive season playing European football. They’ll be facing either Viborg of Denmark or B36 Tórshavn of the Faroe Islands in the UEFA Europa Conference League play-off round.

Onana should be a Hammers player by the time their Europe campaign gets underway, where he’ll join the likes of fellow former Ligue 1 players in Nayef Aguerd (Rennes) and Alphonse Areola (PSG). Italian striker Gianluca Scamacca also signed for the London side last week.

The 20-year-old Belgian has come out of nowhere, becoming one of Ligue 1’s most wanted young talents, with Everton also interested in him. Liverpool manager Jurgen Klopp was also reported to be a big admirer of the 6’5 midfielder.

It’s been some year for Onana, he made his senior Belgium debut in their 4-1 defeat to the Netherlands back in June, rewarding his top performances over the course of the season.

It now looks as if he’ll be rewarded even more with his dream aspirations of playing in the Premier League looking highly likely. He looks as if he could be the perfect fit for this West Ham side, where he’s set to challenge a fellow giant in Tomas Soucek for a spot in central midfield. He could become the third player over 6’4 in the side, which would add to their already lethal set piece abilities.

We could be cooking from set pieces this season ⚒🔥 pic.twitter.com/72yGBcUDxA

However, Moyes and his recruitment team won’t be slowing down any time soon. They also want to add Maxwell Cornet who was relegated with Burnley last season, with the Claret and Blue’s leading the race for the Ivorian. Cornet impressed with his attacking output down the left-hand side, scoring 9 goals last season.

They also want to bring Leicester City’s Luke Thomas to the London Stadium, who Moyes has been tracking for a while now. At least one of these two look as if they could join the side with attempts to sign Frankfurt’s Filip Kostic looking unlikely now.

You can check out out the latest football betting sites to bet on West Ham this season here!