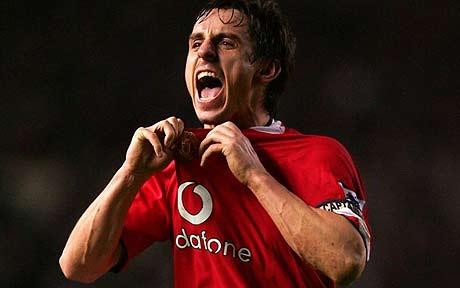 The tunnel of a football stadium is a sacred area. There’s an array of emotions in the small part of the stadium. Passion, tension, anger, joy and sadness. We’ve looked back at the top five tunnel moments in the Premier League after Harry Maguire’s awkward mistake.

The Man United captain was eagerly awaiting the start of the new campaign, blissfully unaware of the slight error he’d made. David De Gea was there to point out the United players were stood on the wrong side. This led to Maguire awkwardly asking Lewis Dunk to get his side to swap.

David de Gea reminding Harry Maguire they’re standing on the wrong side of the tunnel at Old Trafford 🤣 pic.twitter.com/gD211Bg7u6

The incident has received lots of comments and backlash for the under fire Man Utd Captain, but it doesn’t make the top five list.

David James, a man with various hairstyles, the most appearances of any goalkeeper in the Premier League and with 53 England appearances under his belt.

Unfortunately for James, he’s remembered more for one rather bizarre action before a game against Man City.

The decision to smell the before certainly got the officials laughing, as well as Sol Campbell.

Jamie Vardy has gone down in the hearts of many football fans.

From being released from Sheffield Wednesday and playing non-league football, to winning the Premier League.

One moment in particular got the attention of the fans. When lining up in the tunnel before a game, Kasper Schmeichel greeted his Danish counterpart. This got a fantastic reaction from Vardy.

Gary Neville was the ultimate professional during his player time, even if that meant ignoring friends

When City faced United, it led to a tunnel clash that has lived long in the memory.

Not finished just ignoring a friend, Neville he ignored his own brother in the tunnel.

Phil Neville left Man United in the search for more regular minutes, something he found at Everton.

The Neville’s were captains of their respective clubs and had a frosty moment in the tunnel.

We hope the atmosphere at the Neville Christmas dinner wasn’t like this.

An easy pick for number one.

The two had a fierce rival on the pitch for a number of years as Arsenal and Manchester United clashed at the top.

This incident showed how fierce the rivalry was between the two.

🔥 – It’s always a heated affair when @Arsenal and @ManUtd meet!

We wouldn’t want to get in between these two on the pitch, never mind in confined space.