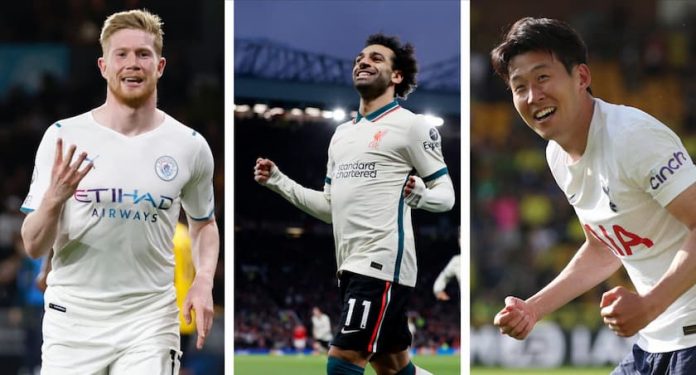 The wait is almost over with Premier League football returning next weekend. As we count down the days to next Friday let’s look at the Top 10 midfielders for Fantasy Premier League this season.

Bruno Guimaraes joined Newcastle from Lyon in the January transfer window last season and it didn’t take him long to find his footing in the Premier League.

The Brazilian defensive midfielder played a more advanced role under Eddie Howe and managed to bag himself five goals in eleven premier league games whilst also providing one assist. The midfielder will definitely be looking to make a fast start to the 2022/23 season.

To have a successful FPL team you have to find a solid budget midfielder who will still provide you with a decent amount of points. Southampton’s captain certainly fits the bill.

Ward-Prowse is known for being a set-piece specialist and this enabled the midfielder to score ten goals last season alongside his five assists. He is also starting to breakthrough into the England squad and this added confidence could help to improve his stats this season.

Zaha has been an established forward within the Premier League ever since his departure from Manchester United in 2013. There has been criticism that he’s yet to fill his full potential but this could be changing with him scoring fourteen in the league last season, his highest to date.

Whilst similar players have gone up in price Zaha has maintained his £7m FPL price tag, meaning he’s a solid pick for a reasonable price.

James Maddison had an outstanding 2021/22 season with twelve goals and eleven assists. He is in a similar price bracket to Saka and Bowen, but with The Foxes having no Champions League football next season his focus will be solely on domestic football.

Maddison has been known to pick up a couple of injuries a season but with his consistency last season he should be a top pick for FPL players.

Bukayo Saka is quickly emerging as one of England’s best young talents. He ended last season with the most goals and assists of any player aged Under 21. With The Gunners new signing Gabriel Jesus there could be a formidable partnership in the making which could further boost his stats.

Bukayo Saka scored 179 points last season, ranking the highest amongst Arsenal players which is nothing short of incredible for his age.

It came as a surprise to football fans as Jared Bowen shone in David Moyes’ side pushing them to a 7th place finish and achieving European football this coming season.

Bowen has earned himself a spot in the England squad and it’s no surprise with his twelve goals and eleven assists last season. With the World Cup looming he will be looking to replicate his form and cement his place in the England starting 11.

Bruno Fernandes has stormed the Premier League since joining Manchester United in January 2020 scoring thirty-six and assisting twenty-five. With new manager Ten Haag coming in, the Portuguese midfielder will be pivotal to his plan and hoping to get off to a fast start.

Even with the poor last season United had finishing 6th and trophyless, Bruno still had 16 goal contributions proving he is a solid FPL pick.

Son comes with a big price tag this year but that’s warranted due to him sharing the Golden Boot with Salah last season. With Spurs slowly heading back in the right direction under Antonio Conte there’s a good chance his form will continue.

As well as his twenty-three goals last season he had ten assists meaning he will be a popular pick amongst Fantasy Premier League players this season.

Kevin De Bruyne has improved season after season since joining Manchester City in 2015 for a club record fee of £54m at the time. Since then he has recorded a magnitude of goals and assists each season meaning he’s a popular pick amongst FPL players.

Last season De Bruyne managed fifteen goals and eight assists in thirty appearances and with City’s new signing Erling Haaland, the Belgian will be looking to form a partnership which will see both their stats sky rocket.

🏟 Kevin De Bruyne bagged both of Man City’s goals today in their 2-1 win over Club America.

💵 At £12.0m the Belgian is being heavily looked over this FPL season, but with this type of form and easy fixtures he’s hard to look over.#FPL || #MCI || #MCFCpic.twitter.com/rDnIDR0IKL

Once again Salah tops the list of midfielders to have on your FPL team. The Egyptian King comes in at a pricey £13m but a worthy investment with his exceptional goal contributions every season.