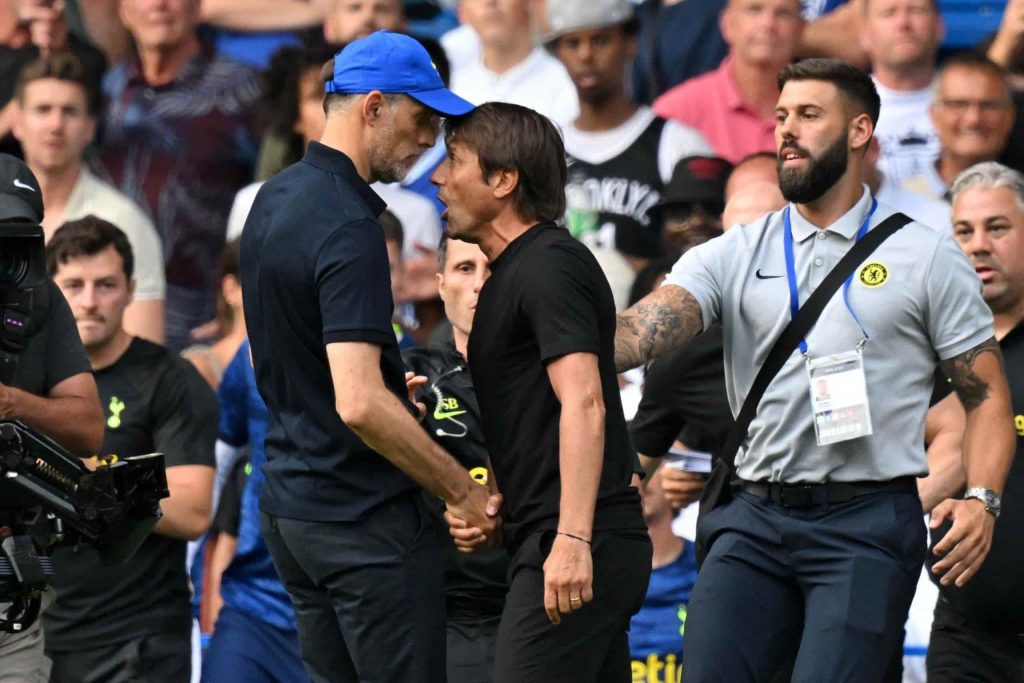 Chelsea boss Thomas Tuchel is the FA’s public enemy number one at this moment in time, and he has been found to be in breach of their disciplinary guidelines for the second time following the aftermath of his side’s stalemate with Tottenham.

A week has passed since Chelsea and Tottenham played out an enthralling 2-2 draw on match day two of the new Premier League campaign, but heated exchanges and complaints over the officiating have landed Blues boss Thomas Tuchel in hot water with the FA.

Tuchel had previously received a one-match touchline ban and £35,000 fine for his fiery handshake with Spurs boss Antonio Conte at the end of the game, which he has already lodged an appeal against.

However, the German is now facing a second charge after indicating that Anthony Taylor, who was the referee for last week’s clash, should be barred from officiating Chelsea matches in the future.

Conte and Tuchel before vs. after 😳🍿 pic.twitter.com/nFB0PUhItn

When asked if Taylor should not be allowed take charge of Chelsea games again, he said in the post-match interview: “Maybe it would be better.”

When posed a question over the fan’s opinions, he added: “I don’t think that just some of the fans think that.

“I can assure you that the whole dressing room of us, every person thinks that.

“Not only the fans. You know the players, they know what’s going on when they are on the pitch. They know it.”

The incident in question happened in the dying embers of the game when Tottenham defender Cristian Romero’s pulled on Chelsea left-back Marc Cucurella’s hair at a corner, which video assistant referee Mike Dean later described as a misjudgement after play was allowed to continue. This ultimately lead to Harry Kane dispatching a 96th-minute equaliser, prompting Thomas Tuchel’s unsavoury remarks.

A statement by the FA said Tuchel’s comments “questioned the integrity of the match referee”.

“It is alleged that the manager’s comments in his post-match press conference constitute improper conduct as contrary to FA Rule E3.1.

“The imply bias and/or question the integrity of the match referee and/or bring the game into disrepute.”

The Chelsea boss has until Thursday, 25 August to respond to the charge.

Chelsea play host to Leicester this Saturday – take a quick look at our guide to the best football betting sites ahead of this weekend’s action.