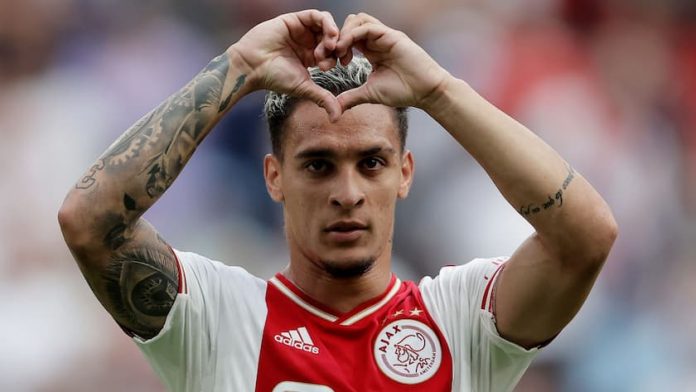 After what seemed like a rocky transfer window things are starting to look up at Old Trafford. After the singing of Casemiro at the weekend, it looks likely Antony will be moving to Manchester after agreeing personal details with the club.

Brazilian winger Antony has been on Man United’s transfer list throughout the transfer window but any interest has been turned down by Ajax’ high transfer fee. However, it seems Antony took matters into his own hands.

The winger missed training to push the move through which caused him to miss out on the game against Sparta Rotterdam. This move caught United’s attention and they sprung into action.

All that is left is for the two clubs to come to an agreement on the fee for the player. United look set to have to bid upwards of £100m for the forward as Ajax see him as a valuable player in their squad.

Sources close to Ajax expect #mufc to make another bid for Antony, with some placing the potential offer at €94m. [@lauriewhitwell]

If United manage to sign Antony then it won’t be the only thing Red Devil fans will have cheered about this week after their 2-1 win against rivals Liverpool last night.

Goals from Jadon Sancho and Marcus Rashford were all that was needed to get the three points and move above Jurgen Klopp’s men in the Premier League table.

Ten Hag was delighted with his teams performance and following the game he said: “We can talk about technical but it’s all about attitude.

“Now you see we bring the attitude. There was communication, there was a fighting spirit and especially there was a team, and you can see what they can achieve. Because they can f*****g play good football.”

“I wanted a different approach to the Brentford game, this is why I am satisfied. We can play much better if we have more composure to make an extra pass. We have good players, but now we can be a team.”