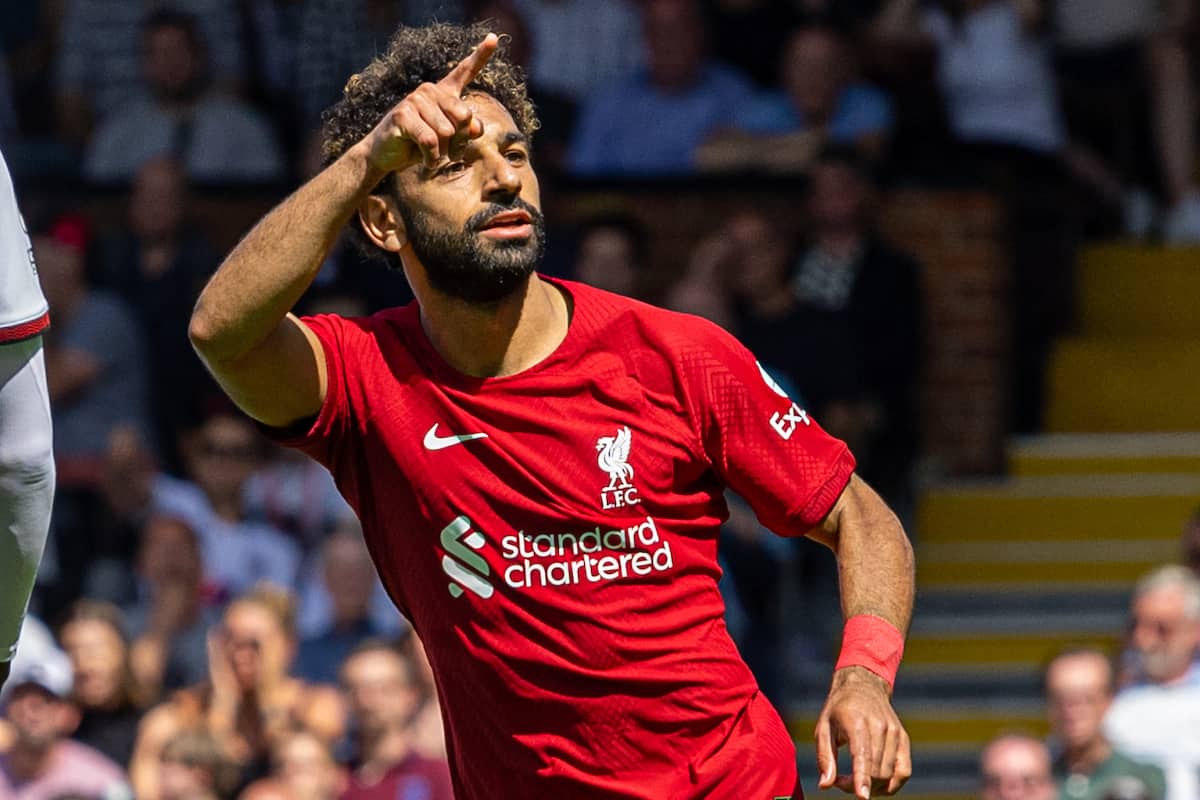 Mohamed Salah got off the mark in the opening game of the Premier League with the goal to make it 2-2 at Fulham, extending another top-flight record.

It was a frustrating afternoon for Liverpool as they were held at Craven Cottage, but Salah was one of few positives to take from a comeback draw.

The No. 11 weathered a quiet start to tee up the first equaliser for Darwin Nunez and then convert his own, after two efforts from Aleksandar Mitrovic.

No other player in the history of the current English top flight has scored in five opening games in a row, let alone six.

Over those six openers, Salah has found the back of the net an impressive eight times – including a hat-trick in the 4-3 victory over Leeds in 2020.

Mohamed Salah has scored 8 Premier League goals on the opening day of the season. No player has scored more.

Alan Shearer, Wayne Rooney and Frank Lampard are the only other players to score eight opening-day goals, and Salah has done so in less than half the amount of appearances than any of those.

An eighth such strike has seen Salah move clear of Jamie Vardy, though the Leicester striker could draw level again or even overtake if he nets against Brentford on Sunday.

It is another ridiculous feat from the Egyptian, which comes on the back of the off-season boost of a new three-year contract at Anfield.

With Salah now tied down until 2025, there are at least two more opportunities to extend this unique record further, with the 30-year-old undoubtedly a Premier League legend.