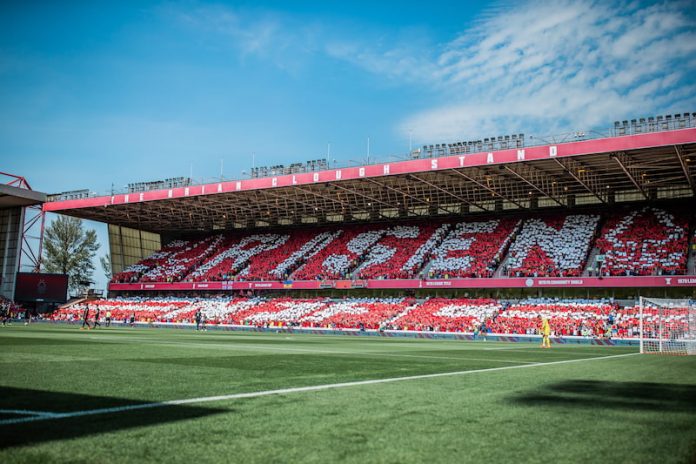 Premier League football has returned to Nottingham Forest’s famous City Ground for the first time in 23 years, and the reception from the ecstatic home fans was deafening.

After a less than favourable opening day schedule saw them face a tough away fixture against Newcastle, top-flight football has officially returned to one of England’s most illustrious clubs.

Widely known for having a monumental fanbase, match days at Forest are typically serenaded by their very own version Paul McCartney and WINGS’ “Mull of Kintyre”.

See below for today’s iteration, which was rather goosebump-inducing.

Spine tingling from the Nottingham Forest fans, their Premier League return means so much to them 🤩pic.twitter.com/y2ujfUOtTq

Nottingham Forest are currently playing their first home game of the season against West Ham, so why not take a quick look at our guide to the best football betting sites around.