Liverpool have completed the signing of 20-year-old centre-back Oludare Olufunwa on a free transfer, after a successful trial with the under-21s.

Olufunwa spent the summer with Barry Lewtas‘ U21s as one of two trialists in defence, featuring in pre-season friendlies against Caernarfon Town and Wigan.

This came after his release from Southampton on July 1, with Liverpool capitalising on the youngster’s availability on a free.

The decision was made to bolster the ranks at the back following the departure of Tom Clayton to Swindon on a permanent deal and loans for Rhys Williams and Billy Koumetio, with Olufunwa initially set to join the U21s.

He will, therefore, link up with Jarell Quansah, Lee Jonas and Terence Miles as Lewtas’ primary options at the heart of defence.

Jonas partnered Quansah during the 3-0 defeat to Man City to kick off the Premier League 2 campaign on Sunday, but there was no centre-back cover on the bench.

With Olufunwa now registered as part of the squad, he will be able to take part in competitive fixtures once he gets up to speed in terms of fitness.

He brings experience to the academy group, with 10 of the 14 players to feature in the league opener aged 18 or under, and three of those – Stefan Bajcetic, Isaac Mabaya and Bobby Clark – being 17-year-olds.

It remains to be seen whether Olufunwa will eventually be given an opportunity at first-team level, but there are similarities between his situation and that of Nat Phillips from back in 2016. 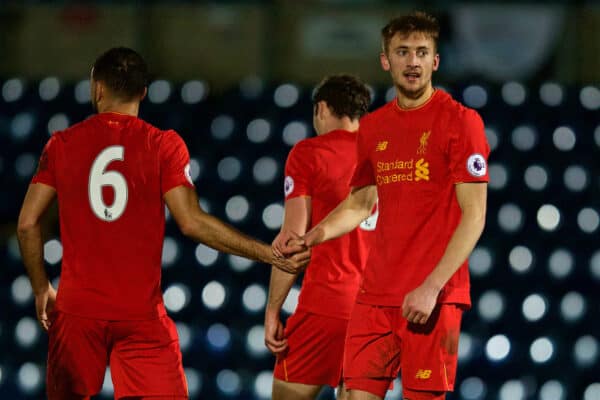 Liverpool brought a 19-year-old Phillips in on a free transfer upon the expiry of his terms with Bolton six years ago, and though at first simply considered another body for the U21s, he went on to make an unexpected breakthrough in the senior side.

Now 25, he has made 24 appearances for the Reds and, following loan spells with Stuttgart and Bournemouth, is attracting interest from top-flight sides.

The identity of the second trialist in the U21s squad this summer remains unknown, as does the possibility of a full-time contract.