Manchester United were expected to wrap up their pre-season engagements with a victory at Old Trafford against La Liga side Rayo Vallecano. But the contest ended 1-1 with Amad Diallo scoring for the hosts with Alvaro Garcia equalising late on in the game.

The match grabbed headlines due to Cristiano Ronaldo‘s involvement while Erik ten Hag opted to give minutes to players who have not had too many opportunities before Sunday.

Fans were also excited to see new recruit Lisandro Martinez in action. And the Argentine did not disappoint and showed off his aggressiveness in the tackle and composure on the ball.

Martinez’s debut lasted for 61 minutes and he produced quite a few impressive statistics along the way. The Argentina international won all of his tackles, while maintaining a 100% final third pass accuracy as well as a 96% overall pass accuracy. He won back possession five times and produced one clearance and a block. 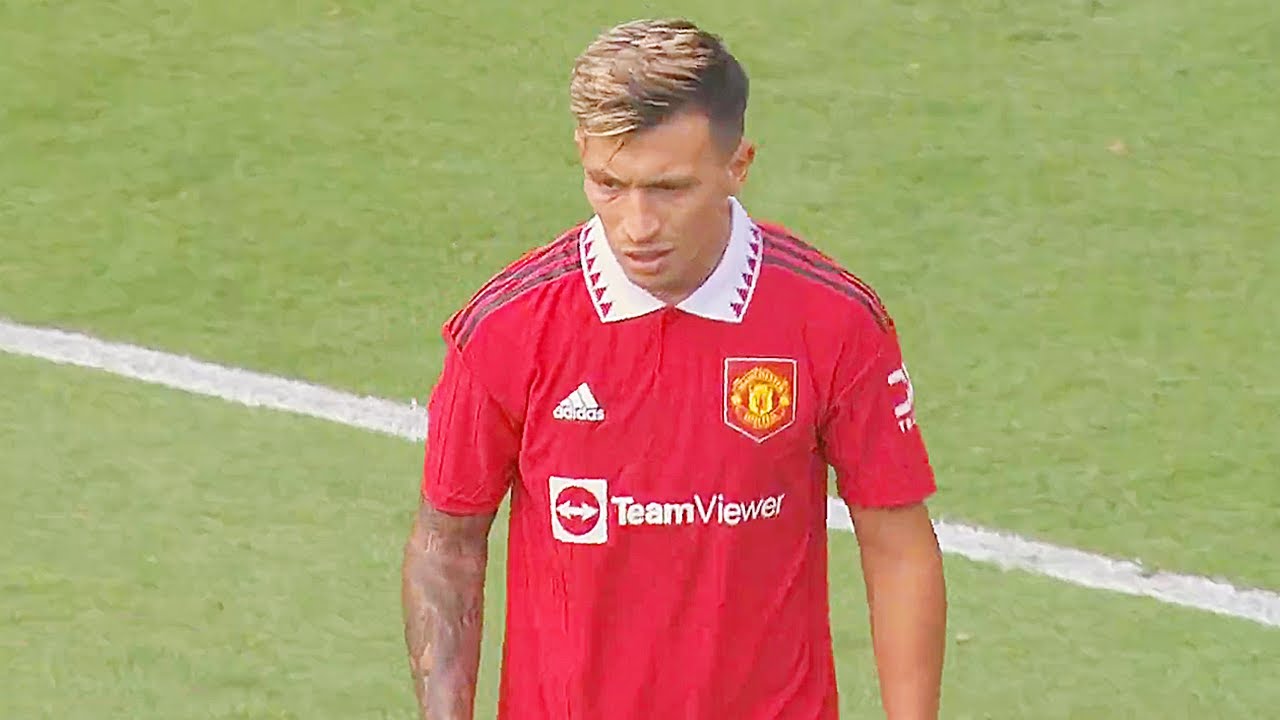 Martinez started as the left centre-half alongside Raphael Varane. The United boss praised the partnership while also adding that he was pleased with how fast Martinez had integrated into the squad.

“It was a really good combination with Rapha,” Ten Hag said. “They played solid that’s good to see. He integrated quite well into the team.”

After United ended up conceding the most number of goals in their Premier League history last season, it was imperative that Ten Hag improved the defensive unit.

And the Dutchman has done just that by adding Martinez and Tyrell Malacia to the ranks. Martinez arrived from Ten Hag’s previous club Ajax for a deal worth £47.5 million plus £8.5 million in add-ons. He is reported to be earning £120,000-a-week at Old Trafford.

And details have emerged which show that the add-ons mentioned in the deal are easily achievable. United are likely to end up paying £1.7 million per year throughout Martinez’s initial five-year contract.

According to Dutch publication De Telegraaf, Ajax are entitled to receive £56,000 each time Martinez steps onto the pitch. This even includes substitute appearances. However, Sunday’s debut does not count on account of it being a friendly.

However, United have included a maximum cap of 30 games-per-season clause in the contract. Last season, United played a total of 49 games across all competitions last season, while the 24-year-old represented Ajax on 37 occasions in all competitions.

Martinez’s arrival was made a priority by Ten Hag and he is expected to solidify a porous defence and turn The Red Devils’ fortunes around this season. And if that happens, United will not mind splashing the cash.

Arrest Warrant issued for Joe Mixon: Charges to be dropped