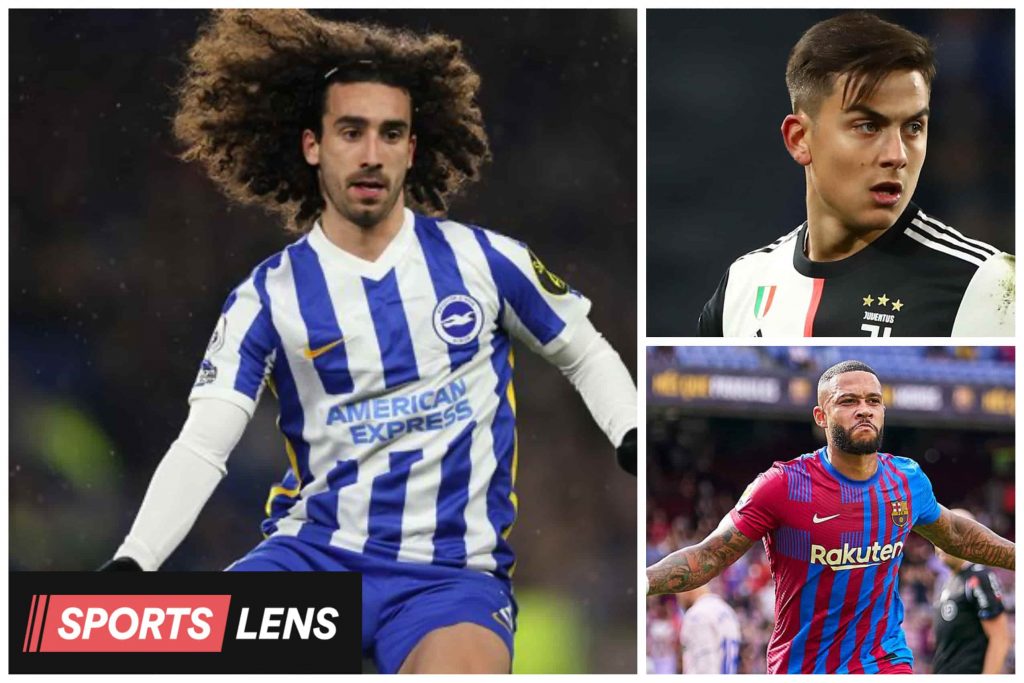 Start your week off right by flicking through the latest football transfer news and rumours circling the papers on Monday.

Barcelona and Chelsea are both racing the secure a deal for Sevilla centre-back Jules Kounde. The former are said be ahead in negotiations with manager Xavi keen to add another centre-half this summer (Marca).

Cristiano Ronaldo could be on his way back to Madrid with Atletico reportedly offering the 37-year-old the chance to join the red and white half of the city, who he famously used to haunt while at Real (AS).

Memphis Depay has held talks with Barcelona over his future after Tottenham communicated their intentions of paying £14.4m for Dutchman. The Blaugrana want £17m, but the 28-year-old is reluctant to leave the Nou Camp (Sport).

Manchester United are keeping tabs on Brentford striker Ivan Toney, and could make a shock move for the 26-year-old this summer (Mirror).

Manchester City are stepping up their interest in Brighton left-back Marc Cucurella with Oleksandr Zinchenko expected to join Arsenal this week (The Sun).

Cristiano Ronaldo has quelled rumours linking him with a loan move back to former club Sporting Lisbon. The Portugal captain posted ‘fake’ after reports suggested his car was parked at the Sporting stadium (The Sun).

Chelsea striker Armando Broja is flying to London to push through a deal with West Ham on a season-long loan. The Hammers were eager to seal a permanent deal for the 20-year-old, but Chelsea are aware of the enormous potential he holds (Daily Mail).

Juventus midfielder Arthur Melo is again being linked with Arsenal (The Mirror).

Bayern Munich chief executive Oliver Kahn has described Tottenham and England forward Harry Kane as “an absolute top striker” and “a dream of the future” (Bild).