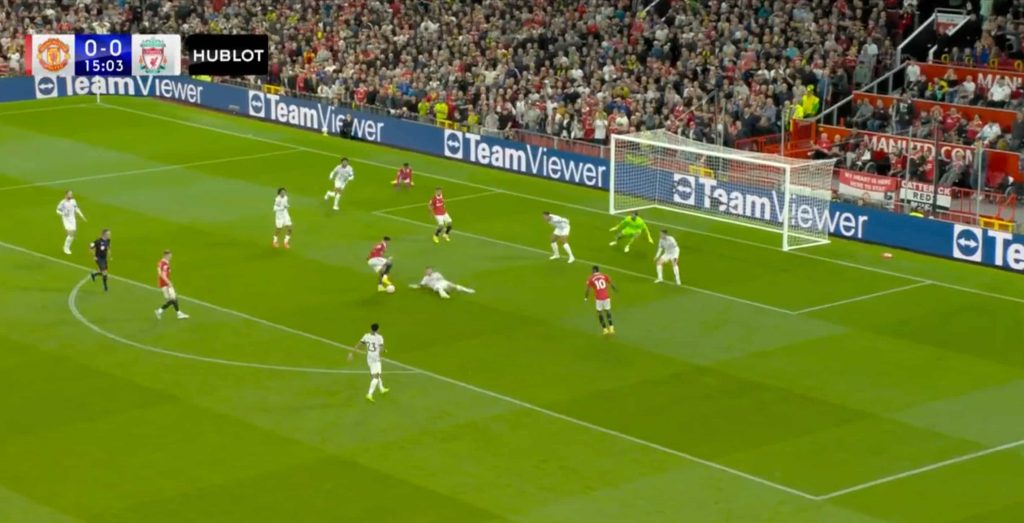 Manchester United have raced out the blocks in a commanding start against Liverpool, prompting wild reactions around Old Trafford and across social media.

Like a hot knife through butter, United have been bypassing Liverpool’s midfield with ease and are intent on exploiting the Reds’ high line, as Fulham and Crystal Palace did in recent weeks.

This has seen the Red Devils race into an early lead courtesy of a cool, calm finish from Jadon Sancho, reminiscent of his silky performances during his time at Borussia Dortmund.

Sitting down James Milner with a fake shot, he then picked his spot with ease leaving Alisson helpless in the Liverpool goal. See below for footage of the opener.

Calm as you like from Jadon Sancho and Manchester United lead at Old Trafford! 💥 pic.twitter.com/7ZkB2jf1FO

The goal was met with a rapturous reception at Old Trafford, which has been rocking from the get-go in a drastically different atmosphere to the one seen against Brighton on the opening day.

United fans on Twitter have also been sharing their joy at taking the lead.

Sancho sends Milner back to Leeds! 1-0

What a goal. Fast attack with players in sync recycled with intricate passing into a clear shooting chance. Sancho’s dragback finish, directed by Fernandes, is a total joy.