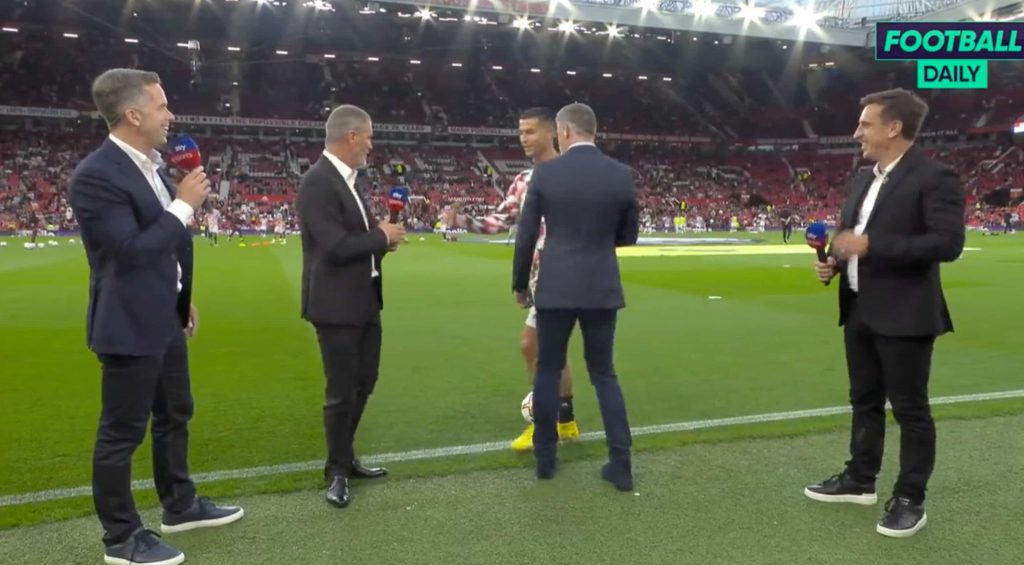 Footage has emerged of Cristiano Ronaldo doing the rounds with the Sky Sports pundits before kick-off against Liverpool.

However, the legendary marksman went straight for former team-mates Roy Keane and Gary Neville as you would expect, only to leave former Liverpool captain Jamie Carragher in the dark.

In what ended up being a glaring snub by football’s greatest ever goalscorer, fans everywhere have been quick to react and share their thoughts on the exchange.

Check it out below to see what you make of it.

Indeed, Ronaldo is likely to have ignored Carragher given his side were about to lock horns with his former team – a show for the United fans watching at home perhaps?

Carragher when Ronaldo came over to see Keane and Neville https://t.co/bQGbT9PDKk

This is what Carragher deserves for always talking shit about Cristiano Ronaldo. 👏pic.twitter.com/uLQuKzzHxF