Moores served as Liverpool chairman from 1991 to 2007 and his family had owned a controlling stake in the club for over 50 years.

While Moores’ time as chairman was a turbulent one for the club, his love of the Reds was always clear and he wrote in 2010 about his regret in selling to Tom Hicks and George Gillett.

Liverpool won 10 major honours during Moores’ time as chairman, including the 2005 Champions League, and the 2001 treble Cup success. 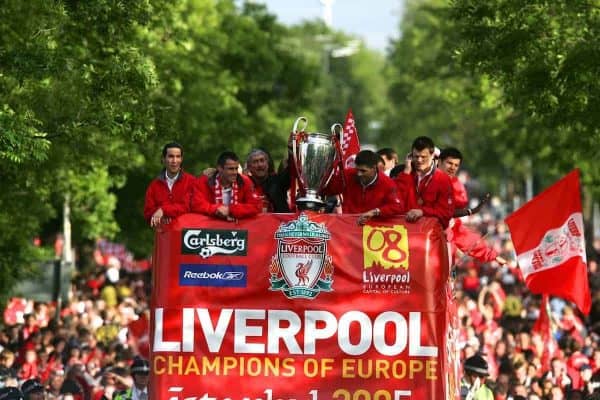 A quiet man, and a staunch Liverpudlian, Moores’ last visit to Anfield was in 2019.