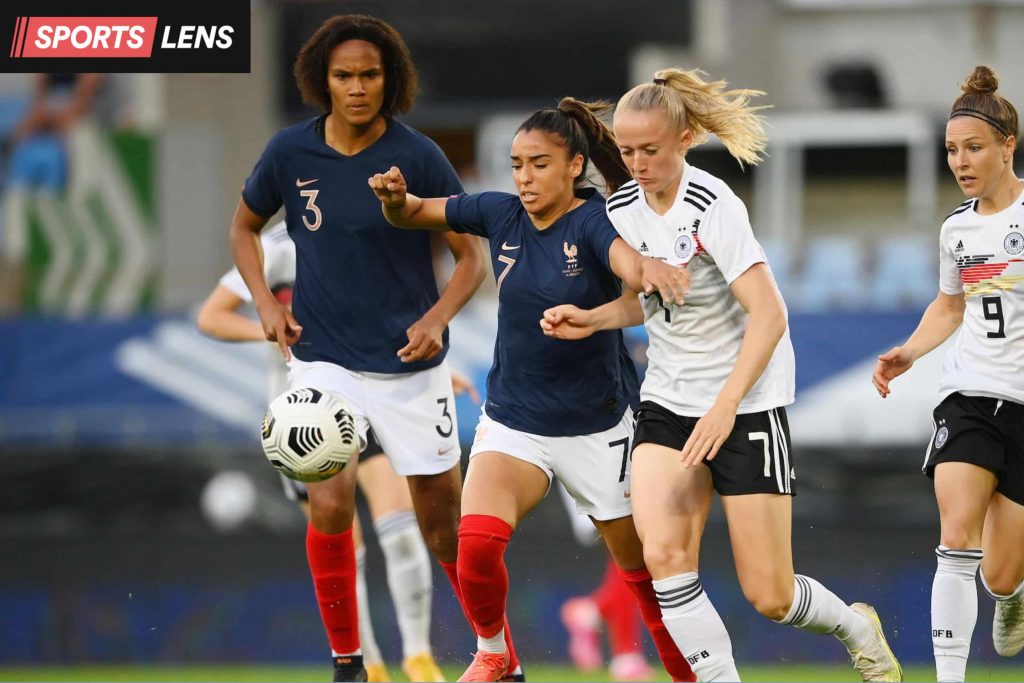 The Sportslens football bet of the day for Wednesday sees the second of the Women’s Euro semi-finals as Germany face France in Milton Keynes.

Wednesday’s Bet of the Day: Germany Women vs France Women

After England breezed past Sweden in the first semi-final, Germany will now face France in an intriguing clash to decide who will face the Lionesses in Sunday’s final.

Both Les Bleus and Die Mannschaft were among the favoured teams to go all the way at the start at the tournament, and their respective journeys to this point are testament to their undoubted quality.

France’s opening day 5-1 victory over Italy was a huge statement of intent, while a 2-1 win over Belgium and a 1-1 draw with Iceland were not as emphatic but still showcased their attacking prowess. They also prevailed after extra-time in a hard-fought 1-0 win over holders the Netherlands to set up what should be an enthralling clash.

Germany, however, have arguably been the most impressive side in the tournament thus far having won all four of their matches and are the only remaining side yet to concede.

While this is seemingly an impossible one to call given the quality both sides possess, we can almost certainly expect goals.

France fixtures so far have averaged three goals, and the expected total is much higher at 4.6. Likewise, Germany games have averaged 2.8 goals with an xG at 3.3.

This should be a game where both sides will be hungry for the lead, and while Germany have yet to concede a goal, we think they may well be the stage where that feat ends.