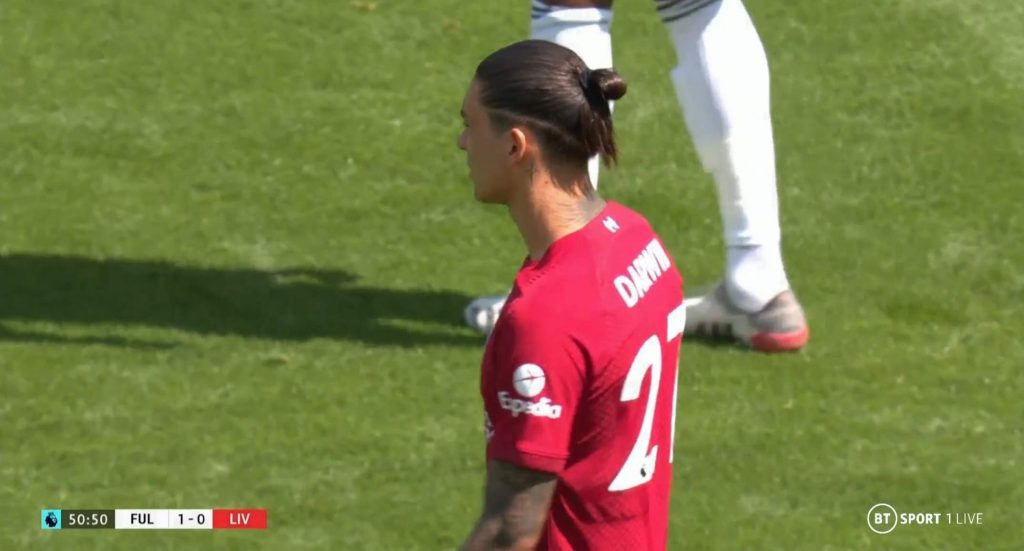 Darwin Nunez has opened his Premier League account for Liverpool, equalising against Fulham in his side’s first game of the season.

The 23-year-old joined Liverpool from Benfica this summer for a £64m guaranteed fee, which could rise to a club-record £80m with add-ons.

In two years in Portugal, Nunez scored 32 goals in 57 league appearances and become an instant star for Benfica which earned him a big-money move.

He nets his first Premier League goal on his competitive debut! 🔥 pic.twitter.com/WTVMbKVNkv

Liverpool are bidding to snatch the Premier League title back from Manchester City after consecutive years of being pipped to the trophy by Pep Guardiola.

Nunez, alongside summer signings Fabio Carvalho and Calvin Ramsay will aim to push the Reds to a 20th league title and equal Manchester United’s record.