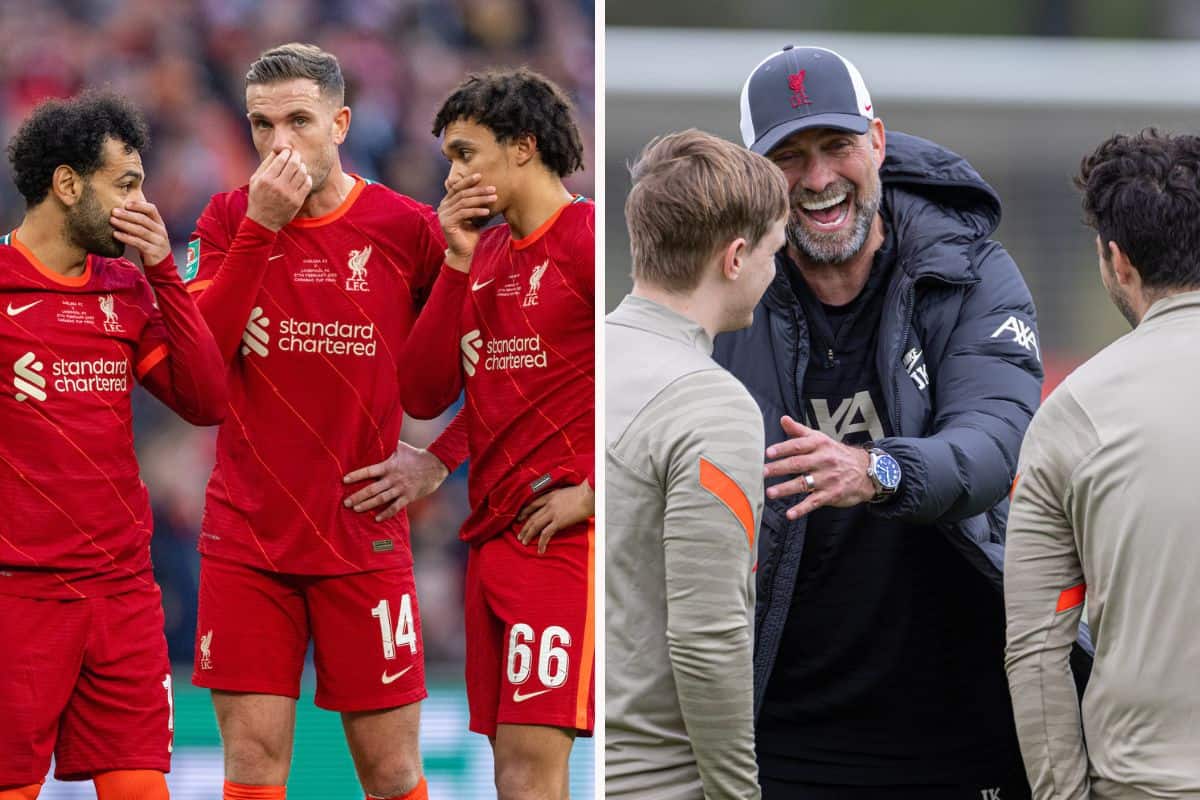 The Liverpool squad were seen training with the two coaches in Austria again on Tuesday, with Jurgen Klopp clearly feeling their work is having an impact on his players.

Images from the morning session showed captain Jordan Henderson using some equipment that is now being used on a frequent basis by the club.

The pair use groundbreaking technology to monitor players as they take set-pieces, attaching electrodes to their heads while a pack is strapped to their waist to collect data during sessions.

Trent Alexander-Arnold and Andy Robertson were pictured using the technology ahead of the Champions League final, and this time it was Henderson who was looking to work on his set-plays.

It looks as if the Liverpool captain was working specifically on his direct free-kicks, which might explain the ‘Bend it like Trent’ caption he posted with the images on Twitter!

Tuesday morning’s training session saw 29 players out on the pitch in Saalfelden, with Roberto Firmino returning and Alisson training away from the rest of the goalkeepers once again.

Calvin Ramsay and Kaide Gordon remain out, with the latter watching parts of the session from the sidelines on Tuesday morning.

The players were set for more training in the afternoon, ahead of their latest friendly against Red Bull Salzburg on Wednesday, before returning home to prepare for clashes against Man City and Strasbourg this weekend.