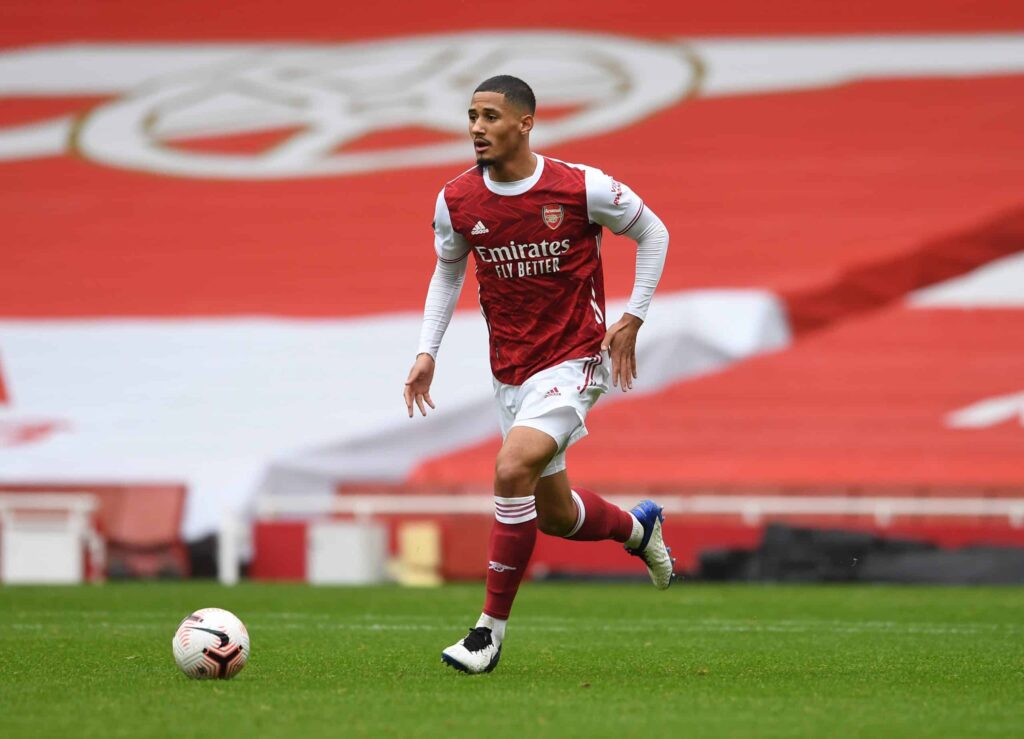 A highlights package of the impressive display put forth by Arsenal defender William Saliba in the club’s latest outing has come to the fore online.

Mikel Arteta’s troops, of course, were back in action in the early hours of Sunday morning.

After getting the club’s pre-season off to a positive start over the course of the last couple of weeks, the Gunners, on this occasion, made the trip to Baltimore, for a friendly meeting with Premier League rivals Everton.

And, when all was said and done at the M&T Bank Stadium, Arsenal’s encouraging run of form only continued.

This came as Gabriel Jesus and Bukayo Saka bagged a goal apiece, en route to an eventual 2-0 triumph.

And yet, as alluded to above, it was a member of Arteta’s ranks at the other end of the pitch who, post-match, found his name on the lips of Arsenal fans the world over.

The player in question? William Saliba.

French stopper Saliba, of course, sealed a return to north London this summer, on the back of a trio of successive loan spells away from his parent club.

In turn, on Sunday, the 21-year-old was afforded his first opportunity to impress the powers that be on the bench at Arsenal, courtesy of a starting berth alongside Gabriel Magalhaes.

And to say that Saliba went on to take full advantage of this chance would be something of an understatement.

A fine display on both sides of the ball saw the former Saint-Etienne man saunter through proceedings with minimal fuss, with the following highlights package providing an insight into what the Arsenal faithful can expect from their side’s up-and-coming defender over the course of the season ahead: