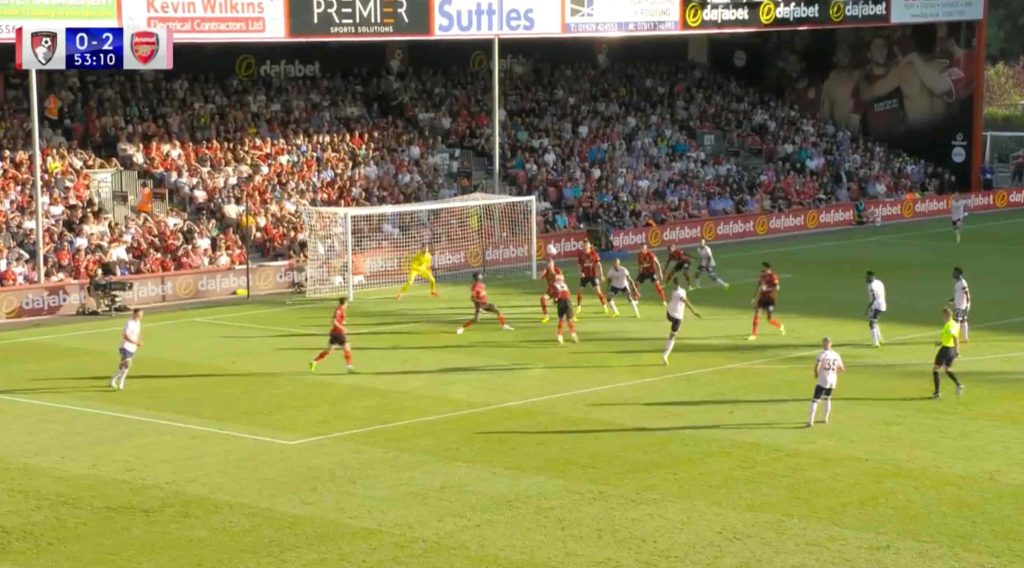 Arsenal centre-back William Saliba has notched in a sublime goal to put Arsenal three goals ahead against Bournemouth.

The 21-year-old, who has been loaned out on three separate occasions by his parent club, has returned to Arsenal this season after being deemed ready for first team action by Mikel Arteta.

After his first two Premier League starts in a Gunners shirt revealed exactly why the French prospect is so highly rated, his most recent performance against Bournemouth this evening has left the Arsenal faithful licking their lips.

Not only has he looked assured at the back once more, he also managed to register his first goal for the club in truly spectacular fashion.

See below for footage of the goal.

That Zinchenko reaction is every Arsenal fan 😅 pic.twitter.com/y4sJLv9OWy

This has, as expected, sparked a wave of excitement across social media and even within the stadium, where Arsenal fans have been belting out their brand new song.

The Frenchman is the subject of the Premier League’s new favourite song – a play on the The Champs’ famous song “Tequila”, where the Arsenal faithful have replaced it with “Saliba”.