West Ham Fans Excited By Height Of Team For Next Season 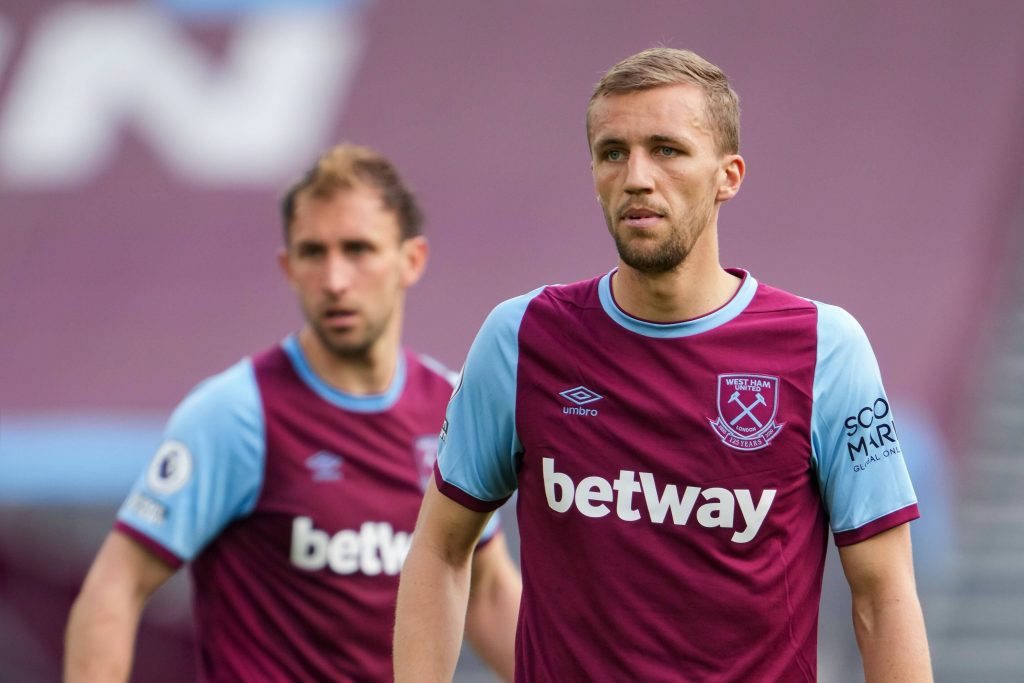 In recent seasons, West Ham have more often than not always done well when it comes to set-pieces, and since David Moyes returned to the club in January 2020, no side have scored more goals from set play.

David Moyes’ men scored 60 goals in the Premier League last season, with 14 of them coming through set play. Michail Antonio and Tomas Soucek both netted three times from such situations, whilst Craig Dawson scored two in the league, and one in the Europa League.

Hammers faithful definitely seem excited about the new season, now their side has gained even more height in and around the box…

The Hammers were joint fifth in the ranking for goals coming from set-pieces in the Premier League this season, and they’ve already signed two players who can provide that kind of aerial threat this summer.

They’ve signed the 6’5 Gianluca Scamacca from Sassuolo, who scored 16 goals in Serie A last season, with three of those coming with his head.

His height was a pivotal part of his playing style last season, with the Italian winning just under 56% of all aerial duels, which was way ahead of the averages recorded by West Ham forwards, with Antonio being closest with 41%.

A second to note is Nayef Aguerd who has joined from French side Stade Rennais, he stands at a firm 6’2, and can certainly be classed as a goal scoring centre half, netting four times last season with three of them coming from with his head.

There’s no secret why the Moroccan international found himself with the nickname of ‘Nayef Airlines’ with six of the seven goals he scored for the club being headers.

A fifth signing of the summer is also close for West Ham, with young Belgian midfielder Amadou Onana set to come to the London Stadium.

The 20-year-old also stands at a giant 6’5, which is going to give The Hammers both great height whilst defending set plays, and a huge threat when attacking in their oppositions box.

There’s a lot to look forward to this season for the Claret and Blue’s, with almost every set piece guaranteed to give their opposition butterflies.

You can check out out the latest football betting sites to bet on West Ham (and their corners) this season here!