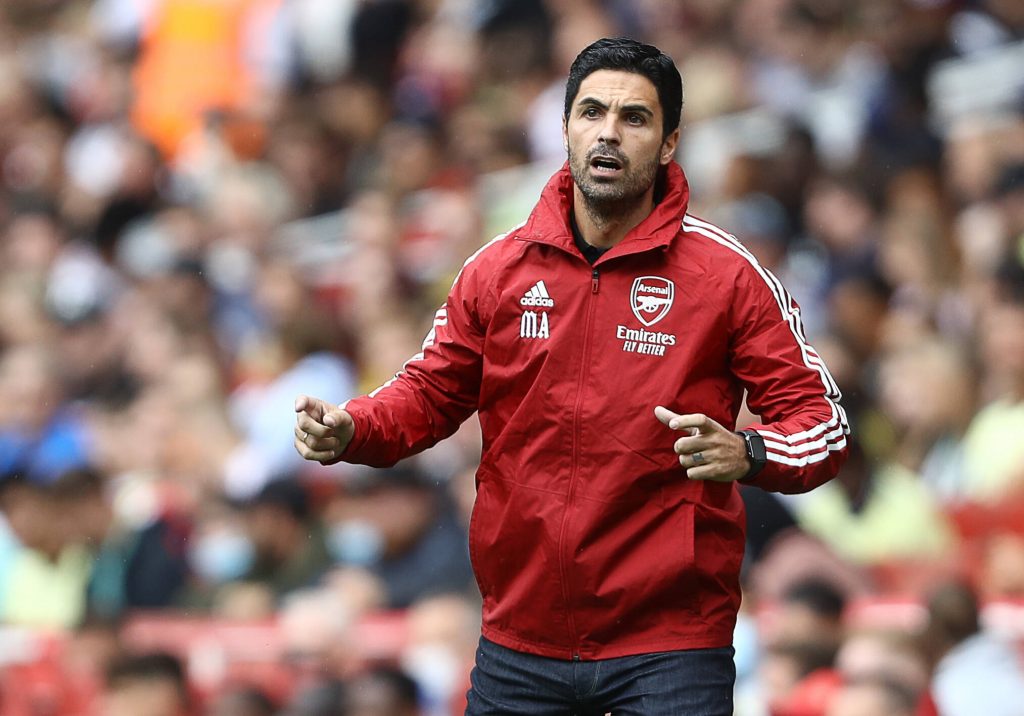 Amazon’s latest ‘All or Nothing’ series has Arsenal fans have been given a chance to see behind of the scenes of their club and a newly leaked clip has shown Mikel Arteta getting his team fired up from a screen at home as he recovered from Covid.

Episodes 4,5 and 6 of the documentary are set to drop on Thursday, following on from the Gunners’ dismal 2-1 loss away to Everton at Goodison Park. The teaser for the next episode showed how Arteta passionately delivered his team talk via Zoom before the visit of Premier League Champions Manchester City.

Despite not being able to be present in the dressing room, the Spaniard gave an epic, motivational pre match team talk through a Zoom call and it was captured by Amazon cameras. You can watch the footage here.

During his recovery from Coronavirus, Mikel Arteta delivered his pre-match speech via Zoom 🎥#AONArsenal pic.twitter.com/rIFN29zZgr

During the team talk he said: “I am really sorry I cannot be there because we are going to go to f*****g war, today.

“One thing guys, be yourselves, I want a game with you face to face [with City]. I want to see [our] players confronting them.”

The Gunners boss then drew on their last outing against City to motivate his men.

He added: “When we were at the Emirates, remember what they did…Three-nil down and with 10 players and they went f*****g putting [Riyad] Mahrez and [Raheem] Sterling on the pitch to humiliate you.

“Let’s f*****g go for it, guys. We are a completely different team and to go from the first minute, think forward, act forward and play forward… every f*****g one of you.

Arsenal produced a stellar first half performance and went into the break a goal ahead thanks to Bukayo Saka’s strike. But City equalised via Riyad Mahrez’s penalty and went on to leave the Gunners smarting after Rodri scored a stoppage time winner.