UK Heatwave Forces Some Horse Racing Meetings To Be Called Off 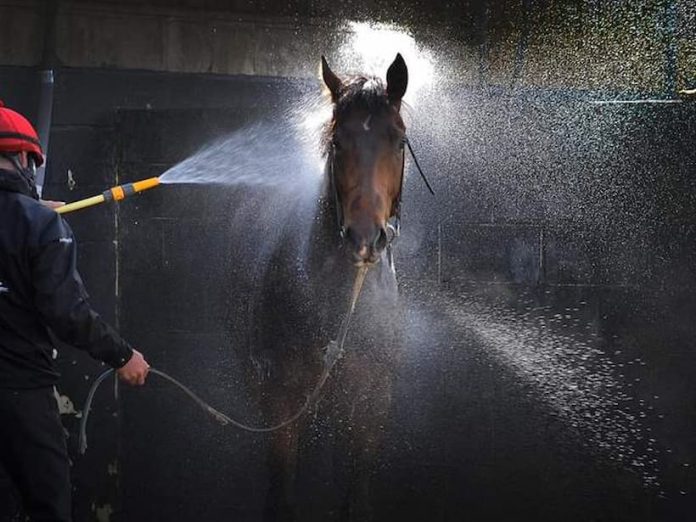 The UK is bracing itself for temperatures that are expected to hit in the region of 40C in parts of the country – so, with that in mind, the BHA and the horse racing industry have already reacted by calling off several meetings on Monday and Tuesday (18th & 19th July).

On Monday 18th July, the evening flat turf cards at Winsdor and Beverley are OFF, but at this stage Cartmel (NH), Ayr (Flat) and Ballinrobe (Ire) are still on.

“The number one priority in the staging of any meeting is the wellbeing of all involved, human and equine,” Richard Wayman, chief operating officer of the BHA, told the BBC

“We are taking sensible precautions and have made a decision as soon as possible in order to provide certainty for those impacted.”

On Tuesday Chelmsford, Wolverhampton and Southwell Are Off Due To Extreme Heat 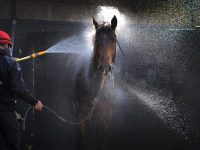 As we head into Tuesday (19th July), on what is expected to be the peak of the heatwave in the UK, we’ve already got Southwell’s jumps card called off, even though they tried to move their race times to 10am to 1:05pm, while Chelmsford and Wolverhampton’s AW fixtures have also fallen by the wayside.

This leaves Ballinrobe (Ire) and Musselburgh (Flat) as the day’s only UK and Irish cards.

No Further Abandonments, But This Could Change

It is the first time a red warning has been put in place for regions of the UK, although it’s worth noting this system was only introduced in 2021.

In addition to the red warning, there is also an amber warning across most of England on Sunday and all of England, Wales and the south of Scotland on Monday and Tuesday.

The BHA have stated they will continue to monitor the weather forecasts, with the races set to be rescheduled within the coming days if need be – some fixtures that are getting the go-ahead to still race may move their race times forward (or back) to avoid the hottest parts of the day.

At this stage, Wednesday’s cards at Lingfield, Catterick and Southwell in the afternoon, plus Limerick (Ire), Naas (Ire), Sandown and Leicester in the evening are still on.