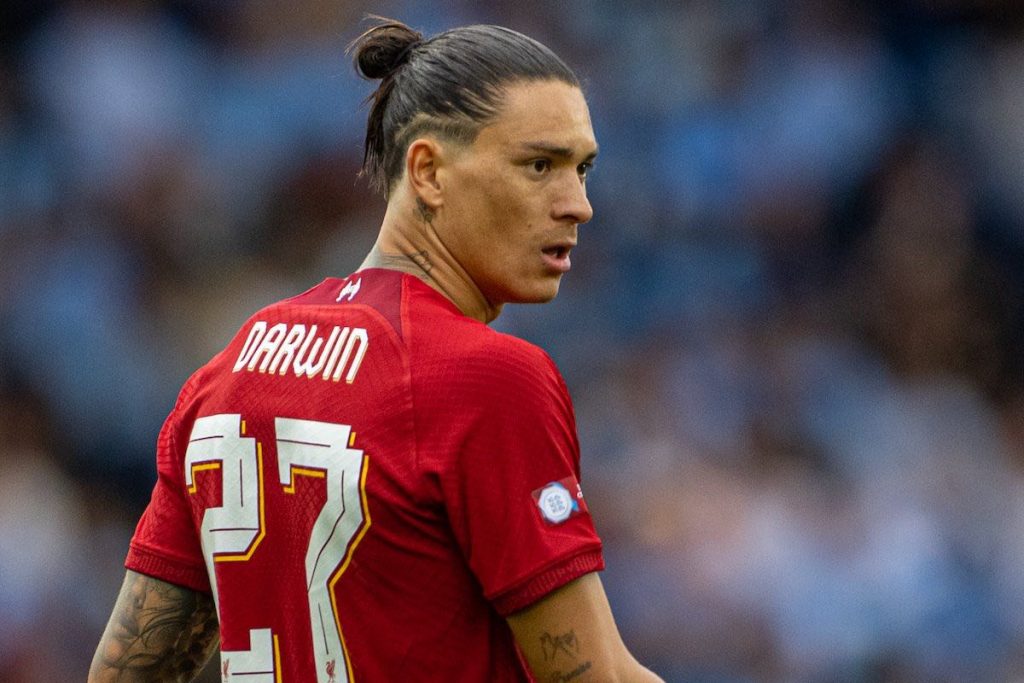 Jurgen Klopp’s line-up for Liverpool’s first game of the Premier League season has been revealed, and Darwin Nunez does not start against Fulham.

Klopp has opted for Roberto Firmino as a false nine, with Mohamed Salah and Luis Diaz either side of him – leaving Nunez on the bench, who will likely come on later in the game.

Even Klopp knows Nunez is not ready yet, and needs protection. EPL is brutal when you don’t perform in your first 5 games of the season – even worse when you’re a big money signing.

I loved Mane but in a way him leaving allowed us to refresh the team and go in a new direction.

Liverpool vs Fulham kicks-off at 12.30pm on BT Sport 1, as Jurgen Klopp’s Reds look to snatch the Premier League title back from Manchester City after two seasons of hurt.