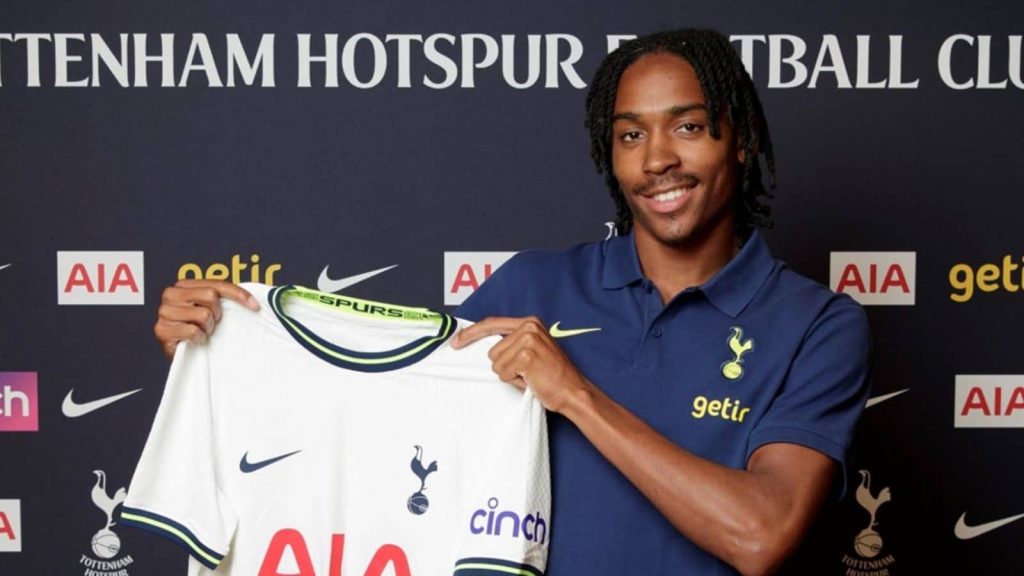 Tottenham Hotspur have confirmed the signing of highly-rated England under-21 star Djed Spence from Middlesbrough on a five-year deal.

Spence, 21, spent the 2021/22 season on loan at Nottingham Forest where he helped the Reds gain promotion to the Premier League for the first time since 1999 and became a bonafide starlet.

The deal includes an initial guaranteed fee of £12.5m and an additional £7.5m in add-ons as Spence will likely slot straight into Antonio Conte’s starting line-up.

He said: “To play in the Premier League and at a big club like Tottenham Hotspur is a dream come true.

“I’m just thankful I’m here and I have this opportunity. Everyone wants to play in the Premier League. For a big club, Champions League football and with some of the best players, it’s a privilege to be here.

“I can’t wait to meet the players, staff and manager. I bring excitement, skill, speed, I want to excite the fans. I’m very chilled, humble, I dedicate my whole life to football.”

What a massive club, what a team & what special fans. We came from the bottom & made it all the way to the top. We turned dreams into reality and I can’t thank you all enough for the special journey we all shared together🧨.

Alongside being named in the EFL Championship Team of the Season, Spence helped England’s U21s secure a spot in next year’s European Championships but by then we may see him in the senior squad.

Tottenham are currently third favourites to win the Premier League behind Manchester City and Liverpool at a price of 14/1 with bet365.