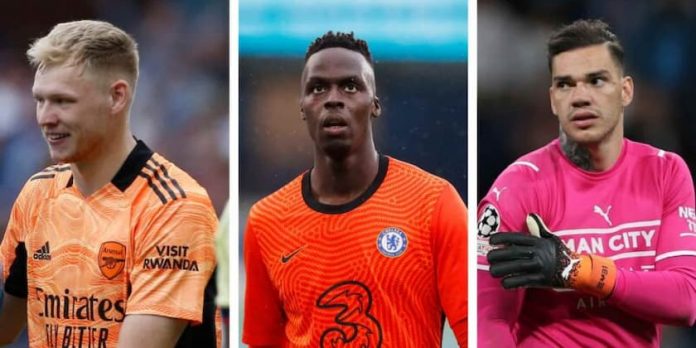 The wait is almost over with Premier League football returning in seven days. As we count down the days to next Friday let’s look at the Top 5 keepers for Fantasy Premier League this season.

Mendy has had a solid two seasons between the sticks for Chelsea with 30 clean sheets over both. With Chelsea looking for a title push this season the Senegal international will be pivotal with reliability for clean sheets.

The Blues have also just signed Kalidou Koulibaly to bolster their defense meaning a likelihood of less goals conceded and more clean sheets.

Following his first season at The Gunners after signing from Bournemouth, Ramsdale is set to be a great pick for this year.

Arsenal have had a solid pre-season and with their first 8 game weeks only consisting of one team from the Big 6, Ramsdale looks like a choice that will get your FPL off to a flier.

Ederson is a top pick for your keeper this year after sharing the Golden Glove with Allison last season, making it the third consecutive time the Brazilian has won the award.

Man City’s domestic domination is likely to carry on this season and Ederson will be key to that especially considering his 91 clean sheets from 182 appearances in the league, an astonishing clean sheet every other game.

With Conte now having his first full season at the club he will be looking to aim for trophies and a Top 3 finish to better last season. Lloris will be looking to have his best season yet and rival Allison and Ederson for the Golden Glove.

Alisson joined Ederson in winning the Golden Glove for the second time since he joined Liverpool in 2018. Coming as one of two keepers last season to get an assist he offers much more than just clean sheets, even bagging a goal the season prior.

With the World Cup less than six months away Alisson will be looking to get off to a fast start and be first choice for Brazil ahead of Man City’s Ederson. It will be an interesting battle to watch with both keepers having excellent clean sheet stats.