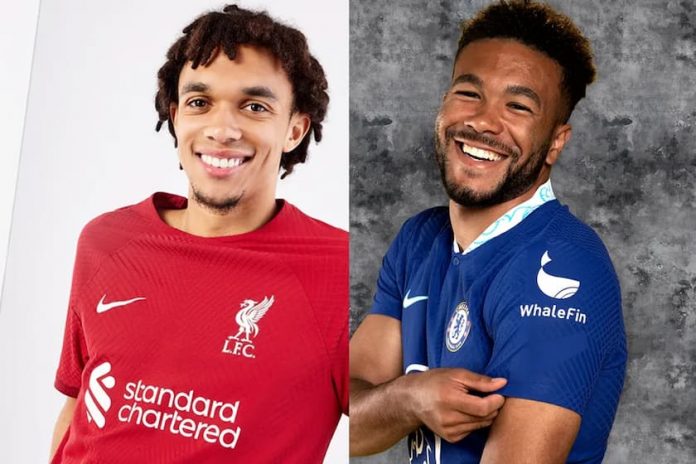 The wait is almost over with Premier League football returning next weekend. As we count down the days to next Friday let’s look at the Top 10 defenders for Fantasy Premier League this season.

Coming in as the cheapest player in FPL Neco Williams has just signed for newly promoted Nottingham Forest where he will likely be a starter.

Playing right-wing back in Steve Cooper’s 5 at the back system it will be possible for the Welshman to have some attacking output as well, providing points for goals and assists.

At only 21-years-old Tariq Lamptey has been a regular starter at Brighton for two years now.

Brighton had a solid 2021/22 season and this was rewarded with the 6th best defensive record. With Lamptey also serving as a full-back this provides him the opportunity to get forward, meaning there is lots of potential for points not just from clean sheets but assists as well.

Lamptey scored 74 points last year however, he was affected by injury throughout.

Looking at another young attacking full-back, James Justin could be a steal at £4.5m if his first season is anything to go by. During his breakthrough season he ranked 7th in points per game for all defenders which was astonishing given his price tag.

Due to injury he wasn’t able to replicate the same points last season, but he worked his way back into the line-up in the latter stage of the season and looks set to regain his place this season.

Justin scored 29 points last season and 101 in his first season showing what he is capable of.

It’s no surprise another Brighton player is on the list with their defensive performance last year and if Cucurella stays at the club he will be a strong asset for all FPL players.

Cucurella scored 126 points last season and with Brighton’s gentle start to the season he could set himself up well to surpass last seasons points especially with his attacking drive down the left.

The ex Forest full-back had an impressive second season for Aston Villa scoring four and assisting three in the league. This alongside Villa’s twelve clean sheets Cash scored 7th compared to the rest of the defenders in the league, making him an excellent choice this season.

Matty Cash scored 147 points last season and at £5m he really is a steal.

Started every single game last season (stability) with npxG + xA of 4.4, with a convenient price (5.0) in a team that expected to compete for top 8 this season. Gerrard’s system also compliments the

Reece James is another defender who was subject to injuries last season and even though he only played in 68% of Chelsea’s league matches he had an impressive season. James recorded nine assists and secured joint-top scoring defender in the league with five goals.

If the England International can stay fit he has the potential to be the highest scoring FPL defender next season. However with the loss of Christensen and Rudiger there is talk of Tuchel moving to a back four which would hinder James’ attacking opportunities.

Virgil Van Dijk has been a staple in most FPL teams since his rise to the top when he signed for Liverpool. The Dutchman is guaranteed to provide you with clean sheets and also an opportunity of a goal, scoring seventeen in his time at Liverpool.

He had only three yellow cards last season and no reds meaning he is unlikely to cost you any points if you place him in your starting line-up.

Liverpool have one of the best defensive line-ups coming into the season and with their back four all providing 100+ points, Robertson is a great premium choice coming in slightly lower than his teammate Alexander-Arnold.

Robertson scored three goals and earned ten assists despite only appearing in twenty-nine games. With his cheaper price he would be a great half to a Liverpool defensive double-up providing he keeps injury free.

Robbo vs Luis Diaz is a big talking point in the FPL Community, if you go for Robbo you know what you’re going to get. 14 attacking returns and 17 clean sheets last season makes the current ownership of 10% look far too low. Great pick and differential pic.twitter.com/uDwQgJVkVf

Coming into his fourth season at the Etihad Joao Cancelo has firmly cemented himself as one of the best full-backs in the world during this time. Taking the No.7 shirt off Raheem Sterling, Cancelo is looking to have his best season yet.

Last season he definitely justified his £7m price tag with 11 assists, this alongside his versatility the defender is one of the few to avoid the dreaded Pep roulette.

Trent Alexander-Arnold is once again the most expensive defender in the FPL. Although he only scored three times last season he managed twelve assists meaning he was once again at the top of FPL points for defenders.

Considering the England Internationals level of consistency over the last few years he is well worth the investment and should be a guaranteed first pick in your team.