This Is Anfield in its 21st season – Liverpool FC


We’re now less than a fortnight away from Liverpool returning to Premier League action, and with it the start of the 21st season of the This Is Anfield website covering the Reds.

Last season was an incredible one for Liverpool FC, playing in every game possible and being two wins away from winning everything.

For the first time, we sponsored a player; Paul Glatzel‘s time at Tranmere was sadly cut short due to injury but it was great to see Paul get his first goals in professional football and still be named Rovers’ Man of the Match award winner after 21 appearances.

Our sponsorship of Paul saw us continue to make further donations to the Fans Supporting Foodbanks cause that we consistently support here at This Is Anfield.

To mark our 20th year, we also had a rather nice day at the Kirkby training ground last autumn, sitting down for an exclusive chat with the boss to discuss his and our 20th seasons in football.

This was a pleasing milestone for us as a website and something we are grateful to have had the opportunity for. It was something we actually discussed in the official LFC matchday programme… only for the Leeds match on Boxing Day to be postponed and that issue of the programme become a limited edition with only a few subscribers around the world ever seeing it!

Like what we do? 4 ways you can support This Is Anfield 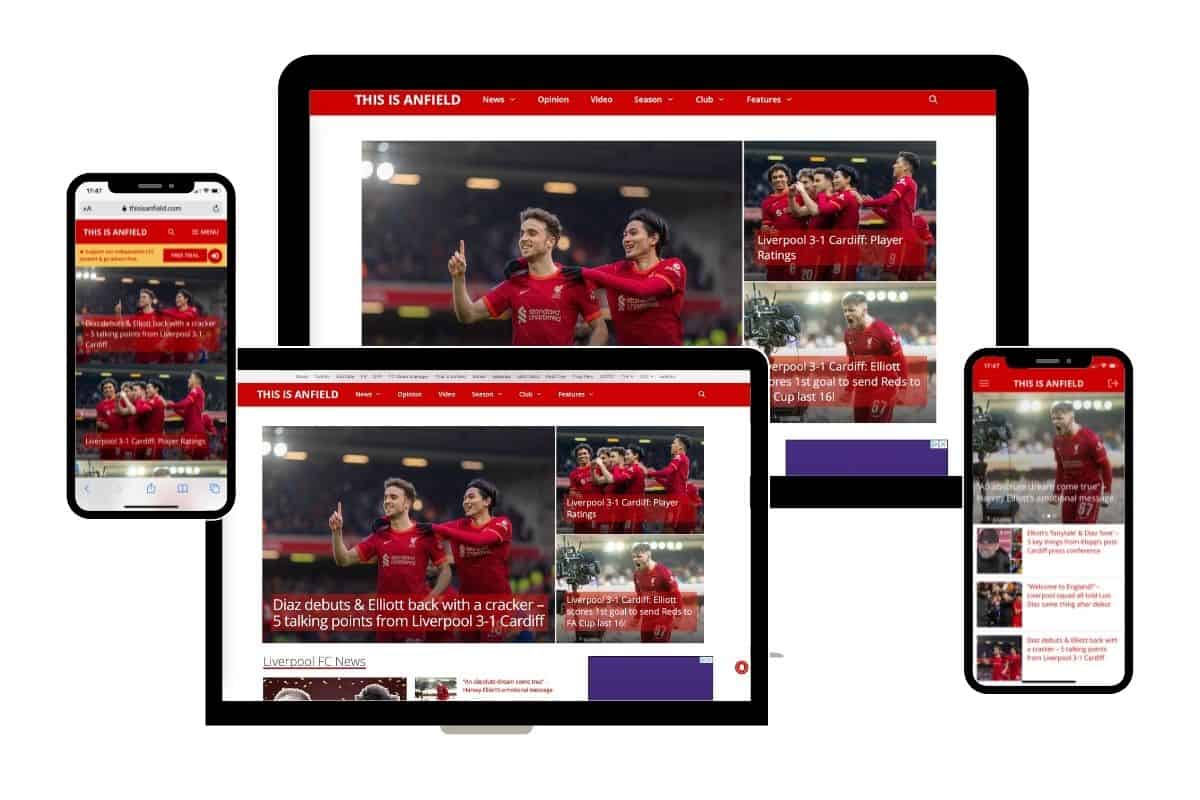 2021/22 was also a hugely successful one for the LFC Women’s team and we increased our coverage of Matt Beard’s side during the season, interviewing Matt twice, plus Missy Bo Kearns, Leanne Kiernan and captain Niamh Fahey.

We’ll be continuing to increase our coverage as the Women make their return to the top flight in the WSL this season.

If you want to be in with a chance to win similar prizes this season, and support us as a website, you can sign up to become a premium member here.

This year we were also accredited as a Real Living Wage employer and this summer we added a new full-time staff member with Jack Sear joining the team.

We also added a graphic designer to the mix, Ferry Karpe, and were delighted to be able to send Ferry to his first Liverpool match, visiting the Reds in Singapore from his home in Indonesia.

And we hit some pretty big milestones across different social media this past year, with over 220,000 of you now following us on YouTube – where our output has significantly increased and professionalised, over two million on Facebook, over 850,000 on Twitter, and we’re closing in on 600,000 on Instagram.

It’s crazy to think that we now have over 3.6 million followers across social media platforms. We thank you for your continued support!

We’ve even started a TikTok to keep in touch with the younger audience! Follow us there if that’s your thing!

This coming season we aim to continue to inform, entertain and keep you fully up to date about the Reds, while also educating and reminiscing about the club’s glorious history.

2022/23 promises to be a season like no other, with a winter World Cup at what is usually one of the busiest times of the calendar for us.

There’s also the small matter of the Anfield expansion, something we cover in great detail on our YouTube channel.

Hopefully, a year from now we’ll be seeing the Reds walk out at a 61,000-seater Anfield as the new Premier League champions.

We’ll be with you every step of the way and we’re excited to share it all with you.