The SportsLens Ultimate Team For The 22/23 Season 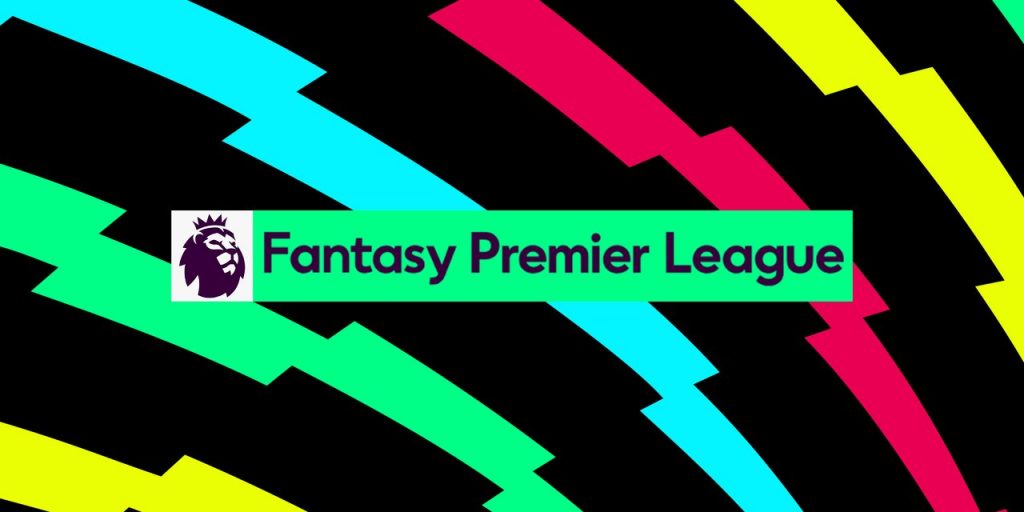 Here at SportsLens the writers got together to create our Ultimate FPL team for the 2022/23 season. After a lot of deliberation and overcoming fan bias, here’s the team we went with.

Starting with the goalkeeper, Allison was a straightforward pick. Sharing the Golden Glove with Ederson and topping the FPL keepers table with 176 points, he will be looking to replicate last season and be a stable points earner for our team.

Another player who was cemented in this team was Alexander-Arnold who scored a massive 208 points last season. Trent has been consistent for several seasons now so there is no worries about him producing the same form for the upcoming season.

With Liverpool’s solid defense, having both Allison and Trent in the team will give us a strong backbone to the back line.

Joao Cancelo makes up the second defender in our back four. Cancelo followed Trent closely with 201 points last season and with new signing Haaland to link up with, another good season is expected from the Portuguese.

Cancelo was also named in our Top 10 FPL defender picks alongside trent.

New signing Martinez comes in as our budget defender at £4.5m but this price could end up being disrespectful considering how he spent his time at Ajax.

Martinez was a starting central defender under Ten Haag last season and played a huge role in the 17 clean sheets Ajax had in his 24 appearances. It’s no wonder Ten Haag was keen to bring him to Old Trafford with his defensive stability and also the ability to snatch a goal, with 3 last season.

Perisic who signed for Spurs at the beginning of January was a winger for Inter Milan but it seems Conte has plans to play him Wing-Back, explaining his position on FPL.

Perisic has been performing at the top level for years and this is shown with his 247 goal contributions in 550 appearances. As a wing-back the Croatian will be aiming to provide Son and Kane whilst also sneaking a few goals in.

Priced at £5.5m we saw him as a steal considering his wealth of experience and consistency.

Does Ivan Perisic start in GW1❓ 29.5% of Managers seem to think so. In the 75 mins Played against Roma he basically played as a 4th Attacker and was quite high up the Pitch while he took more shots 🎯 than Son 🇰🇷#FPL #FPLCommunity pic.twitter.com/UPxyRxh4ns

De Bruyne had to be the talisman for our midfield. The Belgian has been outstanding for several seasons now recording a magnitude of goals and assists each season. Scoring 196 points last season and just like Cancelo, the new signing of Haaland gives a good opportunity to replicate.

Saka, who was in our Top 10 midfield FPL picks, was the second midfielder in our team. Scoring 179 points last season placing top amongst Arsenal players, Saka is a young and energetic player we can see improving season after season hence his place in our team.

With Arsenal’s solid pre-season and rejuvenated look under Mikel Arteta, Saka should go on to thrive this season whilst also competing in the World Cup for added confidence.

Ward-Prowse is known for being a set-piece specialist and this enabled the midfielder to score ten goals last season alongside his five assists which scored him 159 points last season.

Priced at £6.5m Ward-Prowse will likely get you 150+ points for a mid-range fee if his last few seasons are anything to go by.

Like all FPL players this year we had the Kane/Haaland debate and amongst the writers here Haaland came on top.

Coming in as a new signing to the biggest league in the world may be daunting for some but it is very unlikely for Haaland whose stats are absolutely outrageous. If his last season is anything to go by with 22 goals and 8 assists in the Bundesliga, Haaland will fit right in with the likes of Kane and Salah challenging for the Golden Boot.

This angle of Haaland’s debut goal for Man City 🤩 pic.twitter.com/EbZSiNfOyl

With the arrival of Ten Haag at Old Trafford and Cristiano Ronaldo forcing a move away from the club, the forward position at United is for the taking. Looking at pre-season Martial is ready to take control of the position with his 3 goals and 1 assist in three games.

Brennan Johnson is coming off an outstanding season in the Championship with 18 goals and 11 assists from 49 appearance’s, he will be keen to replicate these stats in the top flight and give himself every chance to be named in Wales’ World Cup squad and this is why he’s been named as our last forward.

Sanchez scored 126 points last season making him a good back up to Allison.

New Forest signing Williams will likely be playing regular football so if his performances warrant a spot he can be used.

Neves scored 95 points last season so if a striker/midfielder is not performing he can be slotted in to try and steady the ship.

Declan Rice scored 95 points making him another solid bench option to be used if needed. He will also be looking to perform well given the World Cup in Winter. 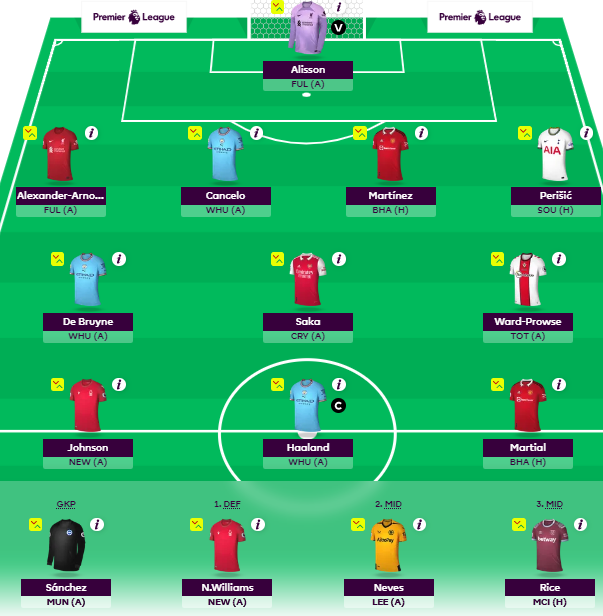