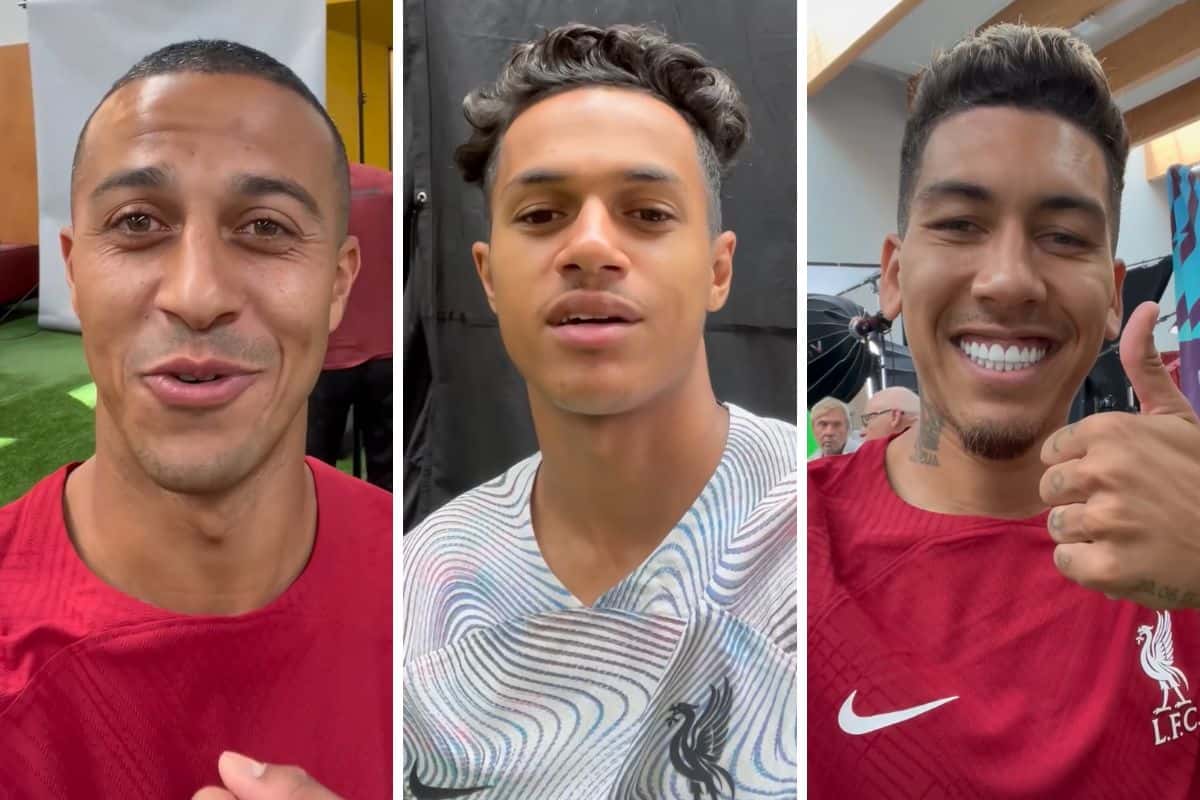 Liverpool have shared a brilliant video where a number of players dished the dirt on their teammates on a media day ahead of the new season.

With the Reds beginning their Premier League campaign with a trip to Fulham this weekend, the Liverpool squad had some media duties to attend to on Wednesday.

As is standard at the beginning of every season nowadays, players are asked to pose for images, video clips and GIFS that are used on TV and by the club.

While the team were together, Liverpool’s social media team took the opportunity to ask the players to take part in a clever game.

Each player took a short video clip explaining who they would be passing the phone on to next, without saying their name.

“I’m passing the phone to…” ?? pic.twitter.com/nqwUXB21Zj

Curtis Jones started things off, stating he would be passing the phone to a teammate who “decides to get a haircut every two days.”

That turned out to be Harvey Elliott, who said he was handing over to “someone who loves themselves the most.” That was Virgil van Dijk, and so on.

The pick of the descriptions came from Trent Alexander-Arnold, who said he was passing the phone to a player “who looks the spitting image of Bruno Mars.”

When Fabio Carvalho appeared on screen next, you could certainly see what Alexander-Arnold meant!

Time for another media day ? pic.twitter.com/uMttpT8vjU

Carvalho’s description of the next player was equally as comical, when Fabinho appeared after the Liverpool new boy said he was handing over to “the person with the best haircut.”

The video ended with Thiago claiming he was passing the phone to “the most skilful player” in the Liverpool squad, after which Roberto Firmino appeared with a big grin and a thumbs up.

Another example of the brilliant harmony in this Liverpool squad, which all bodes well for the season ahead!