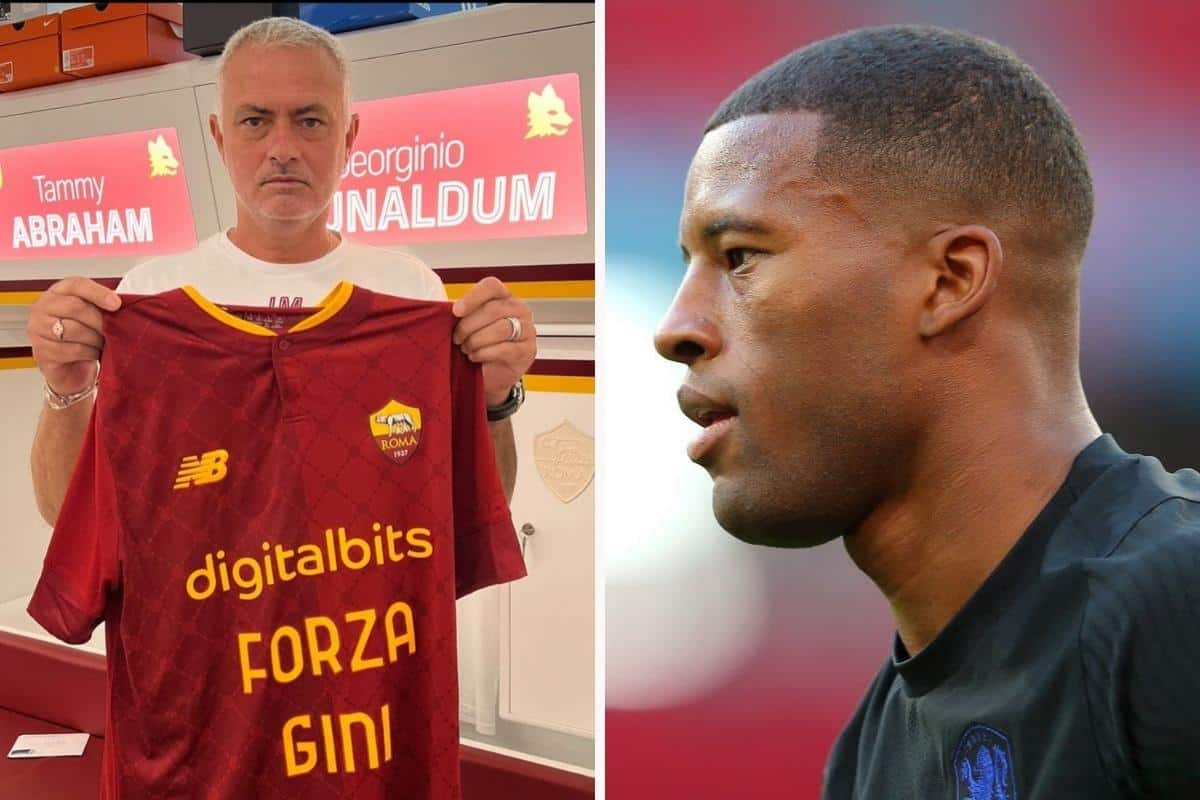 Gini Wijnaldum‘s fresh start at Roma has come to a grinding halt after suffering a broken leg in training, just weeks after he signed for the Italian club.

Just one year after Wijnaldum made the move to Paris Saint-Germain as a free agent, Roma snapped up the midfielder on a season-long loan deal this summer.

After falling out of favour in Paris, Roma offered Wijnaldum a fresh start under Jose Mourinho, a side looking to build on their Europa Conference League success from the season prior.

The 31-year-old signed at the start of August and subsequently made a 12-minute cameo off the bench in a 1-0 win over Salernitana, but his first outing is also to be his last for some time.

On Sunday, Roma announced that Wijnaldum suffered a fractured tibia during training, meaning he is set for a considerable amount of time on the sidelines.

Rumours quickly started to circulate as to what happened during training and Mourinho, on Instagram, looked to quickly clear that up as he lamented the serious injury to Wijnaldum.

“Sometimes football can be s**t. In only 2 weeks, Gini became one of us because of his human qualities (his football qualities we already knew),” Mourinho penned.

“Sadly, In a very unfortunate accident, he had a bad injury that will keep him away from playing for a long time.

“But it’s not just football to be s**t sometimes, people can also be… Those who initiated the rumours that a top kid like Felix could be responsible for what happened are real scum.

“Let’s all be together tonight: we play for Roma, for Wijnaldum and for Felix.”

Further assessment on the injury will take place over the coming days as Wijnaldum’s rehabilitation is plotted out, but it casts serious doubt over his World Cup chances.

There are just three months until the tournament and a leg break like Wijnaldum’s could result in an absence of up to six months, dependent on the extent and type of fracture.

It is a cruel blow for the ex-Red in what was to be a welcome new chapter of his career.