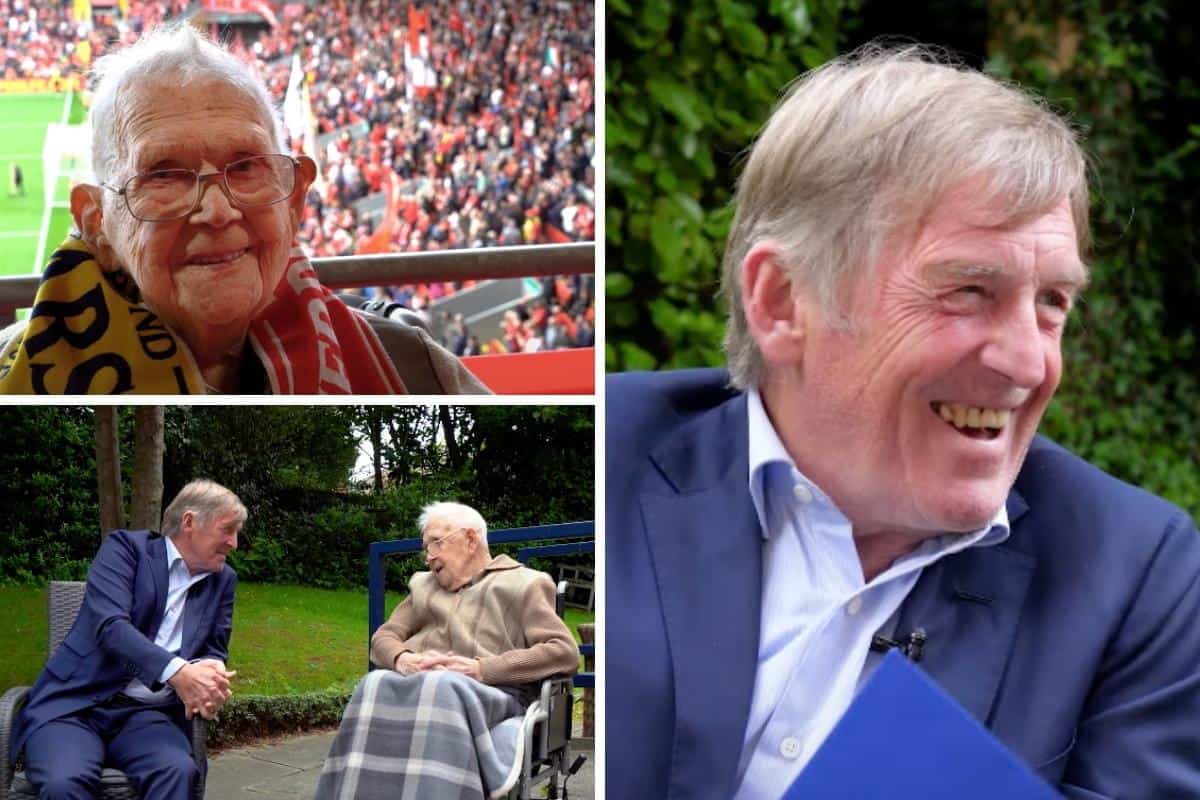 There are few things better than watching lifelong Reds being surprised with their heroes and 93-year-old Eric Farrington received just that, we’ll warn you that you may need tissues for this one!

Sir Kenny Dalglish is a living legend of Liverpool Football Club, a man who has served with distinction as a player and a manager.

You may have heard some say, ‘you should never meet your heroes’ but that does not extend to Liverpool’s former No. 7, who helped surprise Eric earlier this year.

Nivea Men UK, in conjunction with The Anfield Wrap, helped set up the surprise for Eric, a care home resident in Knotty Ash who was born in 1929.

As a lifelong Liverpool fan, Dalglish was his hero and the great man was on hand for an incredible surprise that saw the two meet, and to see Eric’s eyes light up is one that just warms the heart.

“Kenny Dalglish is a wonderful person. He was a good footballer and like Shankly, he made Liverpool his second home and he’s still here today, what a wonderful guy,” Eric said of Dalglish.

The two shared memories and stories and Eric had plenty having lived on Melwood Drive in his younger years and having also watched Anfield grow to what we all see today.

Dalglish then presented him with a signed shirt and VIP tickets to Liverpool’s final league game against Wolves last season.

Sadly, Eric passed away on June 8, 2022, just 17 days after his last trip to watch the mighty Reds in action at Anfield.

The video shows a truly heartwarming surprise that epitomises the spirit of Liverpool, of which there is no better club to support and as we noted above, you may need a tissue or two for it.

“I became a Liverpool supporter when I was ten years old,” Eric said. “On the big occasions, the big nights we have at Anfield, there’s nothing like that in football. You couldn’t wish to support a better club, to be honest.”