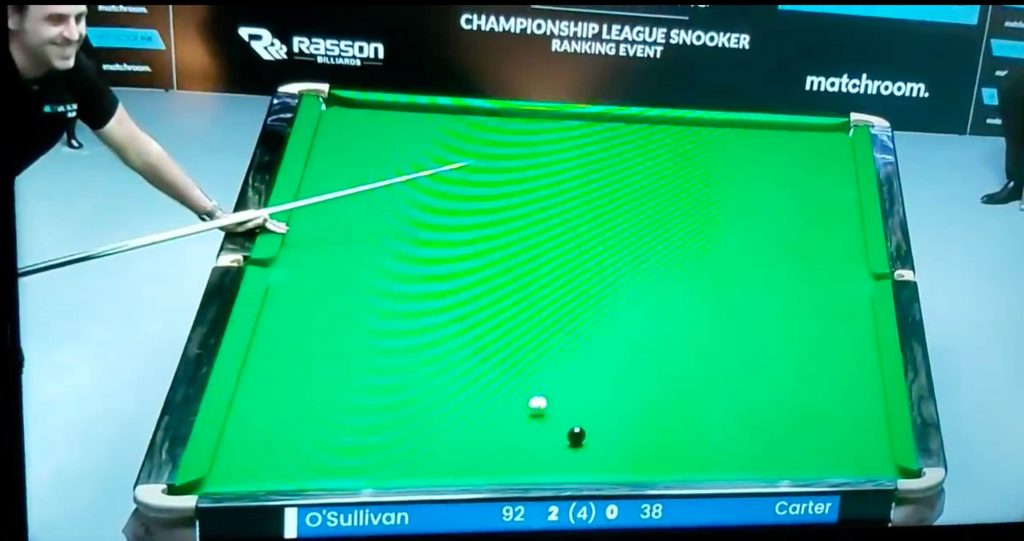 Seven-time World Snooker champion Ronnie O’Sullivan is used to the sweet smell of success, but his fart-and-pot in a recent match-up against Ali Carter left quite the stink.

O’Sullivan had already been eliminated from the Snooker Champions League having only managed one frame in his two matches against the Chinese stars, losing 3-0 to Yuan before a 3-1 defeat to Pang.

However, the 46-year-old found himself in fine form in his final match with old enemy Ali Carter, romping to victory in a display which saw him produce breaks of 66 and 127.

With the pressure of advancing to the next round averted, it would seem the snooker legend relaxed a little too much as he passed wind while potting the final pink (luckily he didn’t follow through on the brown).

A giant smirk protruded across his face just before taking the shot as he audibly let one rip, and the referee was unfortunately placed directly behind him as he was caught directly in the firing line, much to his amusement.

Ronnie O’Sullivan with his patented fart-and-pot at the end of that win over Ali Carter.

This is not the first time he has attempted to break the sound barrier – he also let a buttock bassoon go a little over a year ago during the WST Pro Series in March 2021.