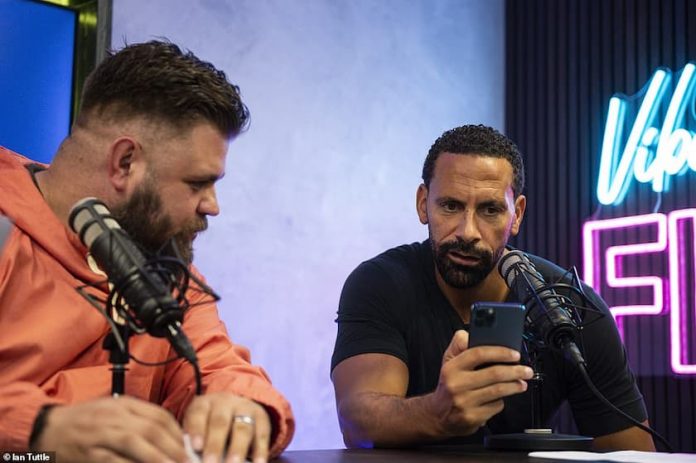 Rio Ferdinand believes that the pressure of becoming captain on Martin Odegaard will cause a drop in performance and also has a lack of confidence in their midfield options.

Arsenal opened the Premier League season with a 2-0 win over Crystal Palace on Friday night. The Gunners were exceptional in the first half-hour and Gabriel Martinelli gave them the lead, however Palace still had their chances through Eze and Edouard.

With the game coming to an end Saka’s cross was diverted into Palace’s goal by Marc Guehi to cement Arsenal’s victory.

Rio Ferdinand on Vibe With Five YouTube show revealed that he was not impressed with Martin Odegaards performance after being named captain and has concerns over Granit Xhaka and Thomas Partey.

A fellow pundit on the show said: “I reckon you nailed it with Odegaard, I reckon that captain’s armband weighs heavy,” with Rio replying: “Yep! Heavy! I said that in the group chat. It could be a different Odegaard this year.” 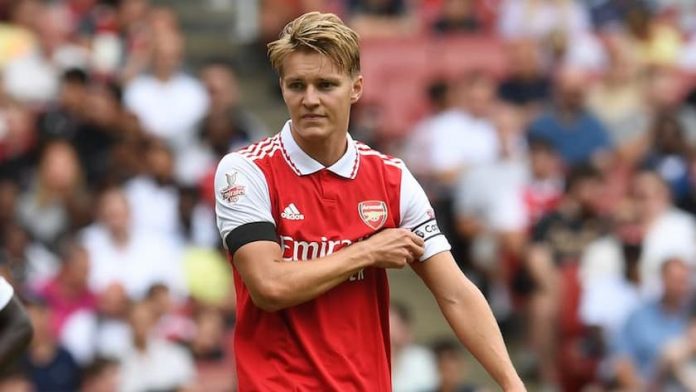 Rio quickly turned the conversation over to Arsenal’s two midfielders: “I just worry about your central midfield. Xhaka hasn’t shown that he can be relied upon for long periods consistently. Partey, is he going to be fit? Is he going to be there in that sense?”

The United Legend was however impressed with their first half performance but did raise some more concerns: “First half they were really good. Jesus was a joke. Jesus was unreal first half.

“I still want him to be much more of a number nine though, I don’t want him coming with his back to play because I want him to get goals – he’s in my Fantasy Football team!

“Arsenal in the first 25 minutes, I was thinking: “Woah! Arsenal look on it!” And then Aaron Ramsdale was probably the catalyst for a bit of a nervy end to the half and then second half I was thinking: Right this looks like Arsenal again.

“All of a sudden Palace are going to turn the screw, with the fans there, they’re going to get a result. But what I will say is they ground it out and got through it by hook or by crook. Palace could have had two or three goals, Eze missed a one-v-one, Edouard.”