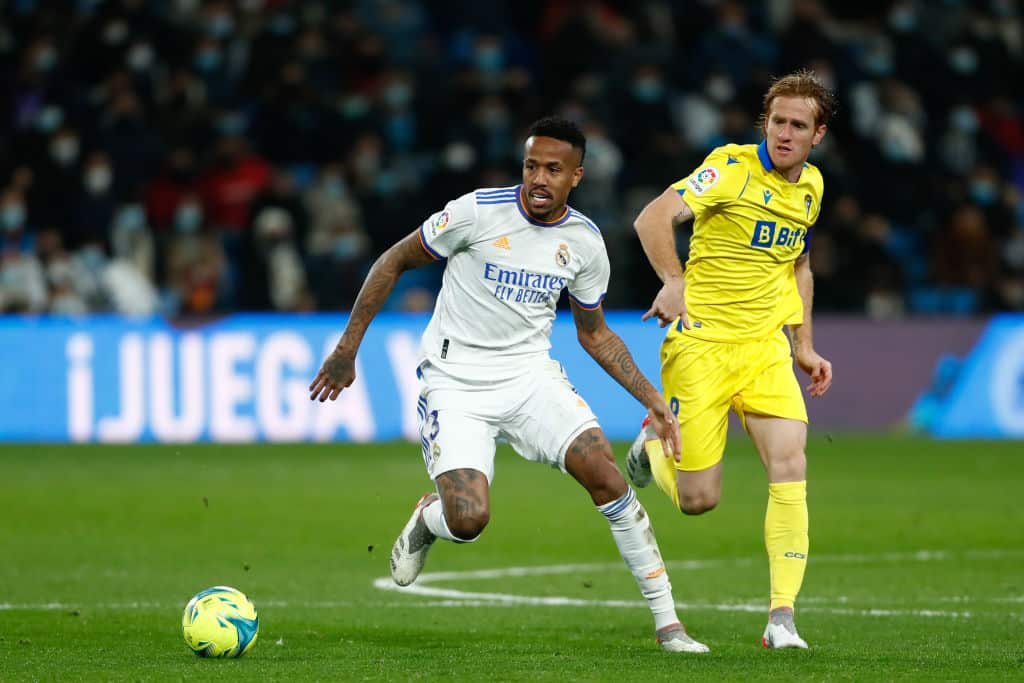 Spanish giants Real Madrid have locked no fewer than three key members of the club’s first-team setup down to fresh terms, according to reports.

The trio in question? Éder Militão, Vinícius and Rodrygo.

An insight into the terms of each deal, meanwhile, has too been provided.

First off, stopper Militao has committed to terms at the Bernabeu through the summer of 2028, with his release clause set at a hefty €500 million.

Compatriot Rodrygo, meanwhile, has too penned a six-year contract, albeit with the gifted youngster’s release clause coming even at an even more eye-watering figure, of €1 billion.

And last up comes Vinicius. Jr, whose scintillating form across the 2021/22 campaign, including the eventual winner in the Champions League final, saw efforts to secure the explosive wide-man’s signature kicked up a notch in the Spanish capital over the course of the last couple of months.

In turn, he too is ready to stay put for the long-term, committing to a five-year contract featuring a €1 billion release clause.

Official statements now up to the club. pic.twitter.com/wFsAJsZJFI