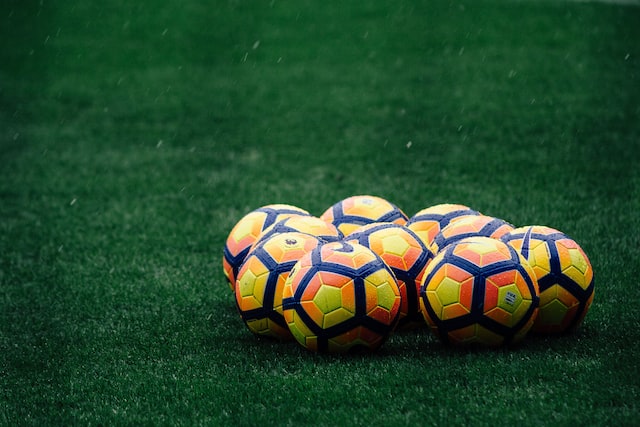 Burnley were the most-English side in the Premier League last season, as domestic talent picked up 70.6% of playing time in the relegation season. However, it would be wrong to put Burnley’s relegation down to the lack of international talent as the team at the other end of the graph, Watford, also got relegated. The Hornets gave only 15.4% of the game time to English players.

However, the size of international talent in squads does seem to impact the final PL standings. The top three PL sides from the last season were among the top six with the most non-English representation. Meanwhile, all four sides with the most English talent struggled in the league last season.

Out of the top six from last season, Arsenal had the best English representation at 34.8%. 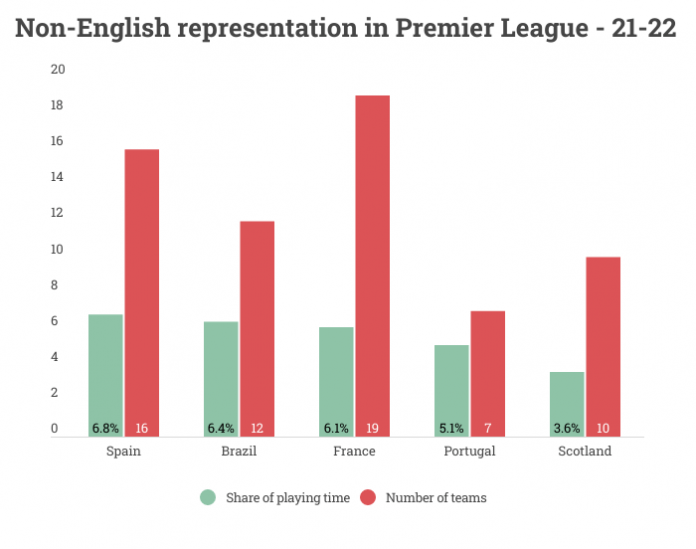 When we talk about non-English talent, Spanish players are the most popular among PL clubs. The Spanish played 6.8% of the entire game time in the Premier League last season. Furthermore, the Spanish talent represented 16 out of 20 clubs.

Brazil was the second-most popular foreign nationality of players in PL in 21-22. Brazilian players accounted for 6.4% of total playing time and represented 12 different teams.

In recent years, PL has witnessed several Portuguese stars capture the headlines. Portuguese players played 5.1% of the total game time in 21-22. However, the Portuguese talent is concentrated at a few PL clubs, as they represented just seven teams last season. 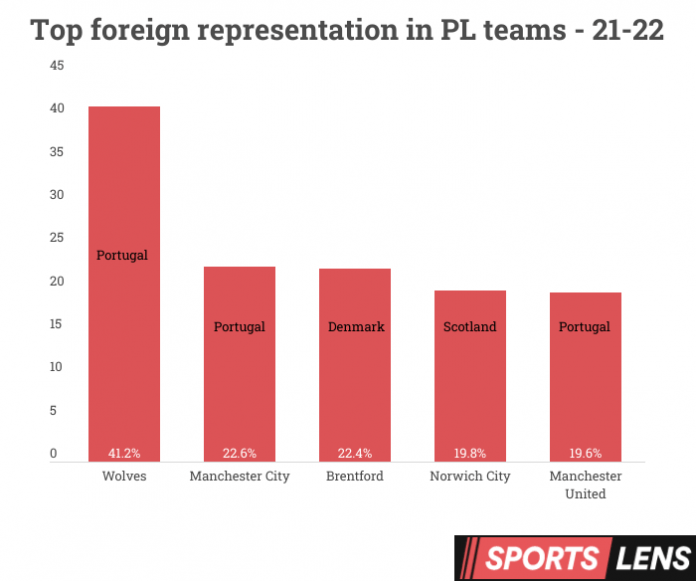 When we look at the impact of an individual nationality on specific teams, nothing can be more evident than the Portuguese impact on Wolves.

Danish talent’s impact on Brentford was similar to that of Portuguese on Wolves, but not to the same extent. Danish players played 22.4% of the club’s debut PL campaign. Wolves and Brentford were also the only PL clubs last season where players from a non-English nationality had a more significant playing share than domestic players.