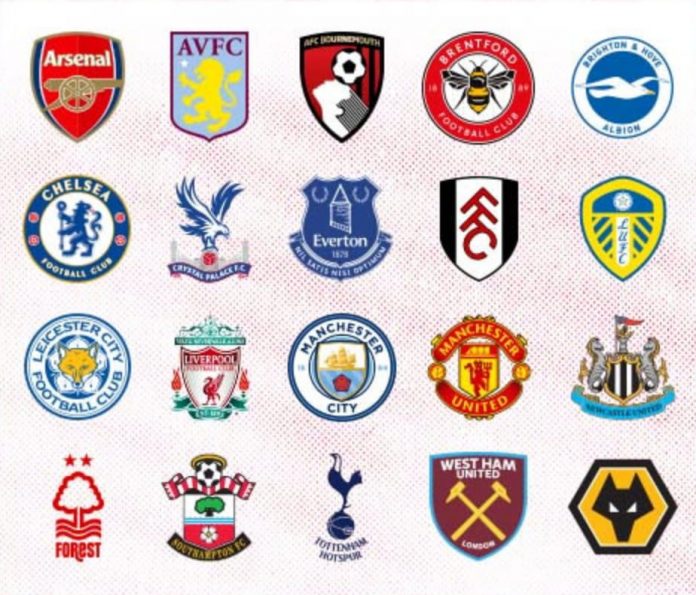 I am sure many of our readers have spent hours killing time, most likely during your school days, creating fantasy XI’s based on a certain criteria. It truly is endless fun.

However, we are upping the ante here at Sportslens, and we have challenged ourselves to compile a 20-man Premier League squad comprised of only one player from each team.

While he is only on loan for the upcoming season, the 25-year-old will bring undoubted quality between the sticks for newly promoted Forest.

The year-long spell draws striking comparison to his time at Sheffield United, who upon promotion acquired his services. This resulted in an extended two-year stay at Bramall Lane after establishing himself as one of the most talented shot-stoppers in the league.

The Irishman he signed a new five-year contract with the Cherries this summer after cementing his place as the undisputed number one following Asmir Begovic’s exit at the beginning of last season.

At just 23, Travers has already made his senior debut for the Republic of Ireland and his talents will almost certainly be showcased on the biggest stage next season.

A mainstay in Thomas Tuchel’s Chelsea starting 11, Reece James’ rise to the top has been breathtaking.

Already one of the finest players on the planet in his position at just 22, the England international has a Champions League title to his name as well as runners-up medals in the FA Cup and the Euros.

Completing the third and final Premier League newcomer is Kevin Mbabu, who this week was confirmed as Fulham’s latest signing.

You may remember him from a short spell at Newcastle, and while it wasn’t particularly memorable, the Swiss brings a wealth of club and international experience.

It could well be a shrewd acquisition at around £6.4m.

Since arriving in England from Barcelona, successful spells at both Everton and now Aston Villa have allowed France international Lucas Digne to shine.

Deadly from set-pieces and crossing situations, he has four goals and 22 assists in just over 100 Premier League games.

Brighton’s player of the year for last season, Marc Cucurella has quickly established himself as one of the Seagull’s standout players since arriving last year.

Explosive in attack, very capable in tight situations and an inherent knack for finding team-mates with deadly crosses, it is no wonder he remains Pep Guardiola’s top Manchester City target for the remainder of the transfer window.

While we are yet to see James Tarkowski in the blue of Everton, his performances during his eight-year spell at Burnley regularly saw him linked with a whole host of England’s elite.

He will add some much needed leadership and level-headed defending to an Everton backline lacking in confidence.

James Tarkowski’s long-term partner in defence during his time at Burnley was Ben Mee, who has also moved on the greener pastures ready for next season.

Again, he brings similar qualities in terms of a wealth of experience in the Premier League.

A leader in every sense of the word, Conor Coady is Mr Wolves.

This is best seen in his role among the England set-up, where despite not featuring in England’s run to the final of the Euros last year, he remained a key part of boosting morale in the dressing room.

From the old to the new, we have picked out Marc Guehi as Crystal Palace’s pick.

His impressive maturity at just 22 earned him multiple call-ups to the England national team last season, while he was a regular feature in Patrick Vieira’s new youthful starting 11.

Despite only turning 23 this year, it feels as if Declan Rice has been around for years.

His maturity on the pitch would suggest the same, and he undoubtedly plays beyond his years. He will now also take on the mantle of West Ham captain following Mark Noble’s retirement this summer, highlighting the importance he holds at the club.

Not only this, he has become a mainstay in Gareth Southgate’s England midfield.

You would be hard pushed to find a more threatening player in world football from a dead ball than James Ward-Prowse.

A true artist from set-pieces, the Saints captain has been improving year-on-year for some time now, with last season turning out to be a particularly strong individual campaign for the 27-year-old.

He scored a total of four free-kicks, moving his overall tally up to 14 in the Premier League which is just four shy of David Beckham’s all-time record.

Another dead ball specialist, James Maddison is our pick for Leicester.

We are of the firm belief he is one of the more underrated players in the league – he had another phenomenal season last term, ending the campaign with a total of 18 goals and 12 assists in all competitions.

If those are not the numbers of a player deserving of an England call-up I don’t know what is.

Undoubtedly the shining light since his arrival at United, Bruno Fernandes has become one of the most effective midfielders in world football.

In just 125 appearances for the Red Devils, he has 50 goals and 38 assists – incredible numbers for a midfielder.

Almost certainly one of the signings of the season, Newcastle’s Bruno Guimaraes possesses world-class quality that has raised the level at St James’ Park.

Bruno Guimarães’ game winning goal at the weekend, have to love how much the Newcastle fans appreciate him. pic.twitter.com/J5eZ6Uhb1L

In just 17 appearances for the Magpies, he registered five goals and one assist since joining in January, as well as putting in some truly breathtaking individual performances to lead his side just one spot off the top half of the table.

With Raphinha heading for the exit, Jack Harrison is arguably Leeds United‘s most effective player heading into next season.

He managed to find the next eight times in the league last season including several game-saving goals that may well have led to their survival, and his explosive style off the left-hand side makes him a real handful for opposition defences.

We would probably go as far as saying Arsenal’s Bukayo Saka is the most talented young player in English football.

It is truly mind-boggling to think he is just 20-years-old given his importance to the Gunners; 11 goals and seven assists in the league last season earned him the club’s player of the season award.

We simply can not wait to see his partnership with new signing Gabriel Jesus next season.

Over to the other side of north London, we have decided to go with Son Heung-min for Tottenham’s pick.

There a few attackers in world football more well-rounded than the South Korean – he has blistering pace, incredible ball control, a natural finishing instinct and is equally comfortable with both feet.

Alongside Mohamed Salah, he shared the 2021-22 Golden Boot after netting 23 times.

Speaking of Mohamed Salah, he also happens to be our pick for Liverpool.

There are only so many superlatives to describe Salah, and after five incredible seasons at Anfield which includes three Golden Boots and a Playmaker of the Season award, we are starting to run out.

Our last pick, and certainly not least, is Manchester City’s Erling Haaland.

We can not imagine a scenario where the 22-year-old is not a success at the Etihad – with the likes of Kevin De Bruyne, Bernardo Silva and Joao Cancelo at hand to provide him with an abundance of chances, we are expecting a huge debut season for the enigmatic Norwegian.