Day four of Liverpool’s Austria camp saw many of the players make the most of a day off by embarking on a fishing trip, with goalkeeping coach Claudio Taffarel joining them.

Darwin Nunez and Roberto Firmino were among a handful of Liverpool players to report for a training session on Monday morning, but it appears the majority of the squad were given the day off.

And what better way to enjoy the picturesque scenes near their camp in Saalfelden than by enjoying a spot of fishing?!

Firmino, Nunez, Alisson, Luis Diaz and Kostas Tsmikas were accompanied by Brazilian goalkeeping coaching Taffarel by the lakes, and some of the fish they caught were monsters!

Late in the day, Nunez shared pictures of him with a fish that had been caught, as well as the group together by the lakes.

The Uruguayan looks to be getting on well with Diaz, a player who was an arch-rival of his when the pair were playing for Benfica and Porto in Portugal last season.

Alisson also showed off a picture of him wrestling a carp, as did his goalkeeping coach Taffarel, who works with him with the Brazil national team, too.

Kostas Tsimikas was another to join in with the fun. 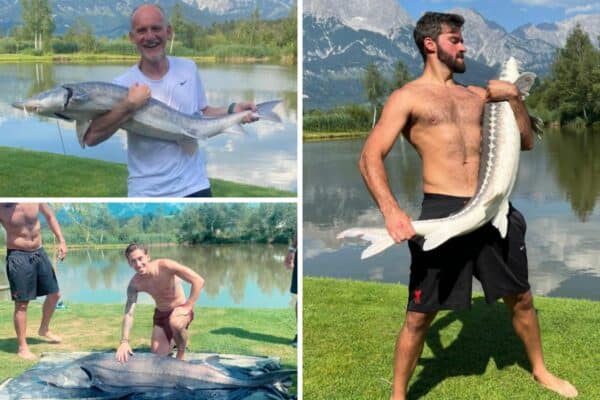 Elsewhere, Jordan Henderson was also lake side enjoying an ice pop in the hot sunshine, with his Champions League trophy tattoo on show!

There were, however, some players who couldn’t have been further away from the water.

Adrian, Thiago and a host of the young players spent their time off biking up the Austrian mountains.

The Spanish duo posed for a picture together at the peak, which was apparently 1140 metres above sea level. No days off! 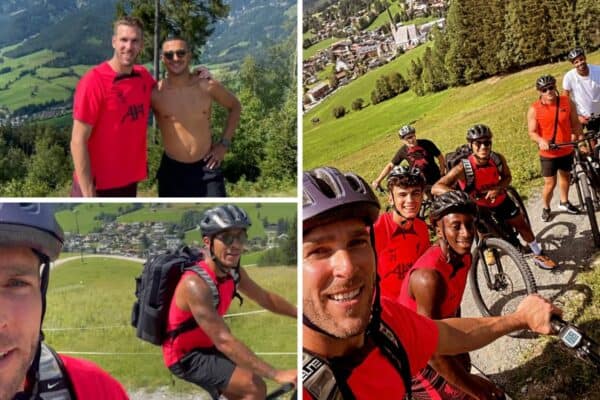 The Reds will be back in training on Tuesday morning, before concluding their trip with a friendly against Red Bull Salzburg on Wednesday night.