Fulham, Bournemouth and Nottingham Forest secured promotion to the Premier League this season, but how confident are their fans of survival?

For Fulham and Bournemouth, it’s a quick return to the Premier League; the Cottagers at the first attempt, the Cherries at the second attempt.

While for Forest, it’s been over two decades since the two-time European Cup winners graced the top flight.

There’s plenty of Liverpool links in each of the three sides, with Dominic Solanke now finding form on the south coast, Harry Wilson a mainstay at Fulham, and Neco Williams having joined Forest.

We speak to fans from each of the three new sides to get their views on their own team – and Liverpool – ahead of the new season.

Fulham – Can Mitrovic deliver in the Premier League?

In Aleksandar Mitrovic, they had a relentless goalscorer who netted a record 43 times, but the key question now is whether the Serb can finally take that form with him into the Premier League.

What happens with Mitrovic, and how they handle to loss of Fabio Carvalho, could ultimately prove key to their survival.

The View From Fulham 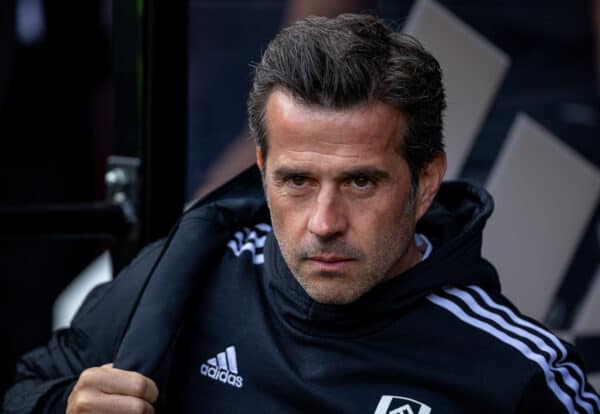 Last season was: Incredible. Even in the difficult matches, Fulham were thrilling to watch.

Mitrovic had a season that went down in the record books and will live on in the lore of Fulham.

However, it will mean far less if they get sent straight back down again and this season will be about using that historic campaign as a springboard for the future, rather than a nice little memory in an otherwise forgettable decade for the club.

This season will be: Critical to the club’s future trajectory.

Having yo-yoed back to the Championship twice in the last five years, this season is utterly essential to the future of the club.

If Fulham wish to be reestablished as a Premier League mainstay, as they were through the late 2000s and early 2010s, this attempt to stay afloat will be the key.

If Tony Khan and the American ownership fail to keep Fulham in the Premier League, they must give way and find new leadership, because the definition of insanity is doing the same thing over and over and expecting a different result.

Our key player is: Mitrovic. For all the talk about Fulham’s buildup and how electric it was last season, he was the key cog in the attack.

The Serbian was unplayable for long stretches of the Championship season, but he has failed to capture Premier League defenders in the same way.

Twice now, Mitrovic has been instead swallowed up by the central defensive talent in the English top flight and if he fails to perform at the highest level yet again, this Fulham team will go right back down.

There are plenty of questions elsewhere on the pitch for the club, and plenty of players who will be critical to the team’s success or failure, but nobody has the influence on the squad’s performance like Mitrovic.

If he can’t make it happen this year, he never will, and the club will fall back into the Championship doldrums.

Will Harry Wilson fire in the Premier League? Yes, there’s no doubt in my mind.

Harry Wilson will be one of the team’s best players this season and his service will give Mitrovic the chance to prove whether he belongs in the Premier League or not.

You have seen him blossom not only with his club play but also his national team, which have been especially electric over the past 12-18 months, and the development is clear.

Wilson is an everyday player in this squad and he will perform whether the team stays up or falls back down. Look for a seven-goal, 13-assist haul from the Welshman.

We’ll finish: 16th. I truly believe there are worse teams in the league than Fulham.

The Whites – again – have defensive issues, but in my mind, the other promoted clubs Bournemouth and Nottingham Forest are objectively worse in many ways, and even the likes of Everton and Southampton could arguably be weaker as well.

There are enough bad teams in the bottom third that they should be able to stay up. It will be a battle, and the business done this summer has been mediocre at best, but we should get another crack at the Premier League.

It will take a few years of wrestling at the bottom before a foundation can be established.

Liverpool will finish: Second, but will again be a threat in the cup competitions, and there’s always the excellent chance that the Reds capitalize on any slips by City this season.

It isn’t necessarily a 1st and 2nd right now, but instead a 1a and 1b.

One piece of advice for visiting fans: Enjoy the atmosphere! Fulham fans are quite welcoming and know their place in the league and the game.

It will be an enjoyable experience no matter the result, so take in the local pub scene and banter with the home fans in the ground.

Fulham supporters are out to have a fun day whether the team wins or loses, so you might as well be too.

Bournemouth – Cherries favourites to go down? 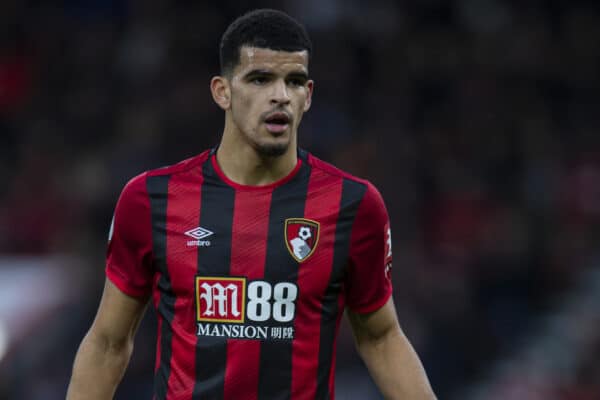 After a brief stint away from the Premier League, Bournemouth are back, this time managed by ex-Fulham boss Scott Parker.

In former Liverpool man Dominic Solanke, the Cherries have an exciting striker in their ranks, but like Mitrovic, can he succeed in the top flight against far superior defences?

The View From Bournemouth

Last season was: A slog! The Championship is demanding, but fortunately, Scott Parker and the players got the job done and we ultimately achieved our aim of promotion.

This season will be: A test, a massive test. The hope is survival and nothing else. Finish 17th and we’ll be delighted.

Not only did he find his scoring boots, but his link-up play and pure graft is outstanding. Again, we will need Dom to be bang at it if we’re to have a successful campaign.

Would you like to see Nat Phillips back this season? Absolutely. We currently only have three centre-backs at the club for starters!

Having lost Cahill, Ibsen-Rossi and Phillips (for now) we are short in that area. Regardless of that, Nat was huge for us come the business end of last season.

A monster in the air and we saw crucial leadership qualities, too.

Liverpool will finish: Second for me. A lot depends on Nunez and how Liverpool deals with the loss of Mane, but I just feel Man City will have too much again.

One piece of advice for visiting fans: Plenty of pubs for away fans, but the ones nearest the ground tend to be home fans only.

Plan accordingly, enjoy the south coast and its glorious shed! 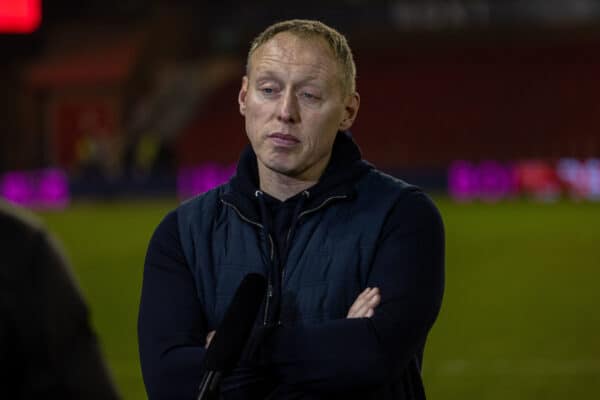 After 23 long years, Forest find themselves back in the Premier League, with many tipping them to be a surprise team in 2022/23.

Manager Steve Cooper is renowned for playing good football, which should make them entertaining to watch, while there is Liverpool interest after the summer signings of Neco Williams and Taiwo Awoniyi.

The View From Forest 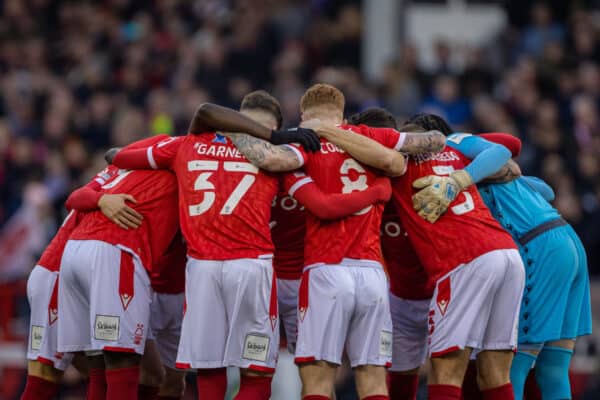 Last season was: For a generation of Nottingham Forest fans the best one of their lives.

After making their worst start for 108 years, the talk was of relegation not promotion, but Steve Cooper transformed the football club and completed the fairytale at Wembley.

This season will be: Difficult but ultimately successful. Expect Forest to struggle early on amid a tough run of games as new signings bed in.

The fixtures ease after five games, and assuming fans and the owner stays patient, the Reds should rise up the table and avoid relegation.

Our key player is: Brennan Johnson. He had 16 goals and nine assists last season, and at the age of 21, is Wales’ heir apparent to Gareth Bale. 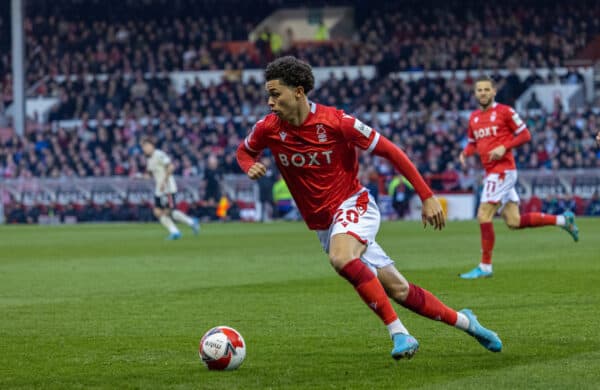 Obviously, a lot can go wrong, but given his age, ceiling and playing style, he has the potential to play for Liverpool or Man City in two or three years, like Jack Grealish.

Are you happy with the signing of Neco Williams? Yes, for sure.

I think £17 million is a lot, and if he was going to play right-back there would be worries defensively, but given he will be a wing-back and already links up with good friend Johnson for Wales, there is plenty of cause for optimism.

One good season and his value will increase markedly.

We’ll finish: I’ll go for 15th. It really feels like there is a cut-off point within the league where seven teams look inferior to the rest.

The promoted teams will have it tough of course, but Leeds, Southampton, Brentford, and above all Everton, look to join them in a mini-league at the bottom.

Liverpool will finish: Second. Haaland surely improves City, whose only worry is a lack of depth outside their first 15 or 16 players, but they still have time to address that.

Liverpool will push them all the way and will be way ahead of whoever comes third, but do Diaz and Nunez cover the sale of Mane straight away?

I’m not sure, but it will be a great battle again.

One piece of advice for visiting fans: The train station is a 20-minute walk from the ground with plenty of pubs along the way, but most are strictly home fans only.

It is better to go into the city centre – five minutes walk the other way from the station where there are extensive options for food and drink.

Parking around the ground is very hard to find for those who drive, given the location of the stadium.