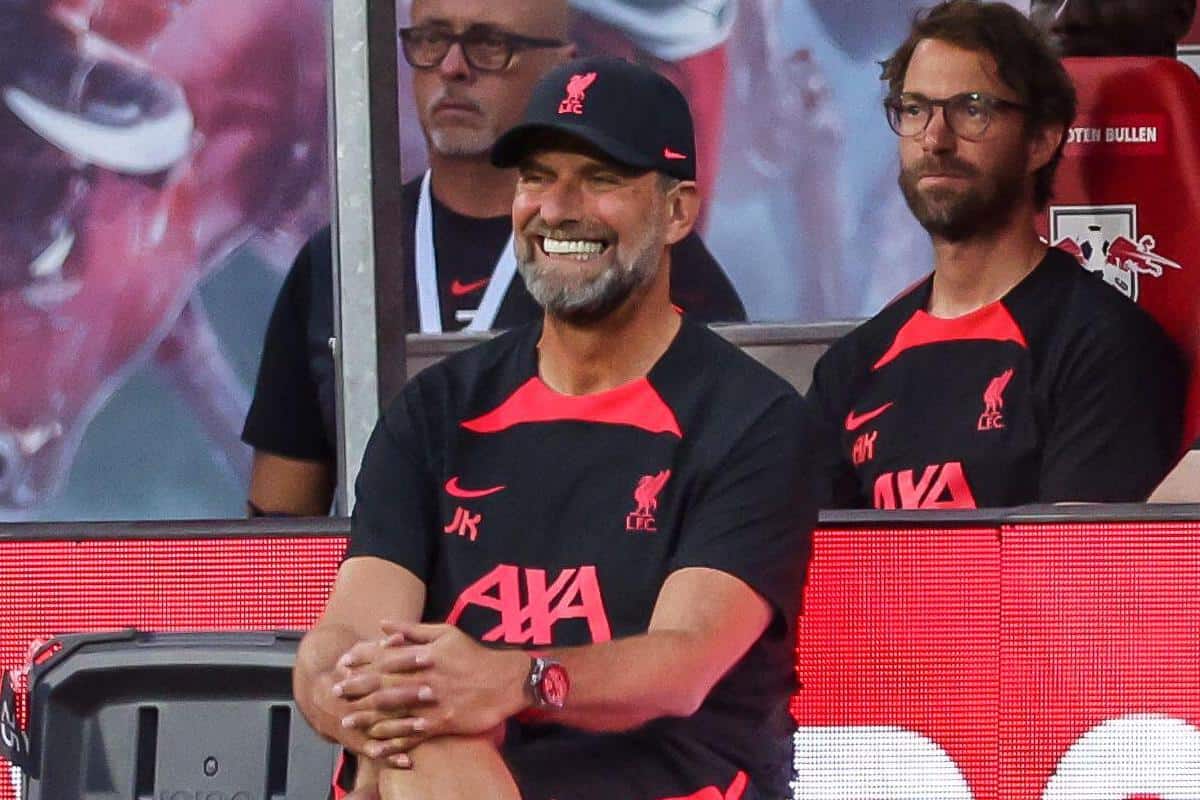 Sporting CP midfielder Matheus Nunes has been linked via Portuguese media in recent days, but those claims have been rubbished by a more reliable source.

It was claimed on Friday by newspaper Correio da Manha that Liverpool were ‘set to begin formal negotiations’ for the highly-rated 23-year-old Nunes.

As such, that report was regurgitated by social media transfer accounts and then the Liverpool Echo published a misleading headline which fuelled the fire further.

Supporters then saw Tyler Morton‘s imminent loan move to Blackburn and it was a case of two plus two equals five.

However, reliable Liverpool correspondent James Pearce has rubbished the Portuguese report, saying that “talk of LFC bidding for Sporting’s Matheus Nunes is nonsense.”

Pearce also adds that Liverpool’s stance remains “unchanged regarding summer business” and that there are “no plans to strengthen midfielder further in this window.”

It’s a stance that has been widely reported by well-briefed Merseyside-based reporters for the past month and Jurgen Klopp himself has spoken since about being puzzled by claims Liverpool need to strengthen in midfield.

“Where is the need for a midfielder?” Klopp told reporters recently. “I wait for the day when somebody comes to me and tells me why, exactly.”

“Now you tell me what kind of player are we missing? One who is offensive, 1.95m and arrives into the box to head balls in? OK, apart from that!”

Klopp was speaking when answering a question about potential interest in Dortmund midfielder Jude Bellingham, saying that the prodigious teenager is not on the market.

However, Klopp’s words are somewhat undermined by Liverpool’s pursuit of Monaco midfielder Aurelien Tchouameni earlier this summer before his big-money move to Real Madrid.

Meanwhile, Alex Oxlade-Chamberlain continues to be linked with a move away – with his contract expiring in less than a year.