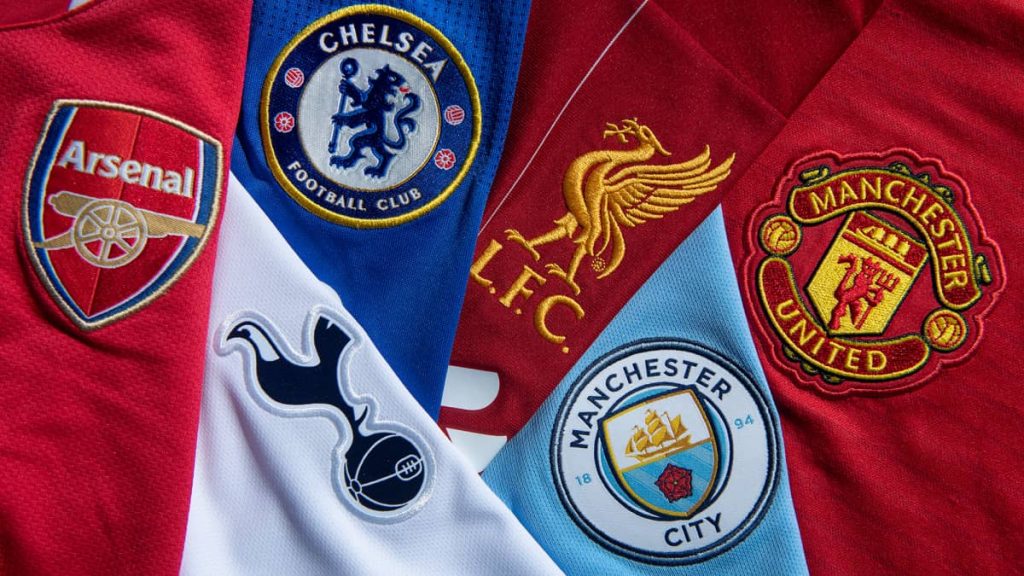 You often hear the song “by far the greatest team, the world has ever seen” chiming around football stadiums across England, but we have decided to put that clout-chasing to the test by taking a comprehensive look at social media’s most popular Premier League teams.

Brentford returned to the top-flight of English football for the first time since 1946 last season after prevailing in the Championship play-offs, but it would appear their social media following mirrors their relative low-profile worldwide.

This to be expected having wallowed around in the fourth tier just two decades ago, and although they switched to the brand new Brentford Community Stadium just over two years ago, their old stomping ground Griffin Park housed little over 12,000.

With militant spending taking place in the summer window, we may yet see the Bees stock increase after a respectable 13th place finish last campaign.

Once the crowing jewel in English football during the late 1970s and early 1980s, the Tricky Reds are one of four to win the European Cup and one of two to win it back-to-back.

Despite this, years spent in the Championship after relegation in 1999 has meant the glory days of Brian Clough and Peter Taylor are little more than a distant memory.

However, a return to top-flight football coupled with a long-awaited willing owner in Evangelos Marinakis could spark a rise from the ashes.

Much like Brentford, Brighton were struggling to make it out of the fourth tier in the late 1990s; even narrowly escaping dropping down out of the Football League and into the Conference in 1997.

Fast-forward to now, manger Graham Potter has established the Seagulls as a fully-fledged Premier League side known for their attractive brand of football. Along with their stunning seaside Amex Stadium, their following will inevitably increase as the club continues to grow.

Next we have another promoted side in Bournemouth, who return to the Premier after a two-year hiatus.

The Cherries spent five years competing alongside England’s elite having earned promotion in 2015, which is miraculous considering they had entered administration some six years prior.

They also are home to the smallest stadium in the league at a capacity of just 11,364, but their previous Premier League status sees them ahead of the others listed above.

Scraping in just ahead of Bournemouth we have our third and final promoted side for this season as Fulham clock in at 16th.

The Cottagers have coined the unfortunate nickname as a ‘yo-yo’ club in recent years having alternated between the Premier League and the Championship over the past four seasons.

Certainly one of English football’s more iconic clubs, the jump to 15th place is substantial.

Leeds gained promotion back to the top tier in 2020 after 16 long and frustrating years in the Championship, courtesy of a monumental culture change at the club through their enigmatic former manager Marcelo Bielsa.

Now under the stewardship of Jess Marsch, the American managed to guide them away from relegation last year.

Both Newcastle and Southampton come in at joint-13th place with 1.2million followers.

The Saints have established themselves as a mainstay in the Premier League having won promotion back to the promised land in 2012. Despite struggling to reach the heights of his predecessor Mauricio Pochettino, manager Ralph Hasenhttl has assembled a side that is hard to break down and a surprisingly strong team on the road.

Meanwhile, the ‘richest club in the world’ Newcastle are known worldwide regardless of their new Saudi-backed ownership, but this is likely to have drawn some attention from football fans around the world.

Crystal Palace are next at 12th place.

Selhurst Park is widely regarded as having one the best atmospheres in the league on a match day, and the south London club’s loyal fanbase has come out in numbers on social media.

The arrival of former Arsenal legend and World Cup winner Patrick Vieira as manager will have also perked the ears of unaware fans worldwide.

Another of London’s iconic clubs, West Ham are the first team to break two million on our list.

The Hammers moved into the London Stadium, purpose-built for the 2012 London Olympics, some six years ago, and with a capacity of 62,500 which they regularly fill, it is clear to see the enormous following West Ham have in England and across the globe.

Both sneaking into the top ten ahead of West Ham we have Wolves and Aston Villa.

The former will have certainly garnered some interest from overseas having formed a strong affiliation with Portuguese players and managers over the years.

The latter meanwhile are one of English football’s most successful teams having won the first division seven times as well as a European Cup in the early 80s. Villa Park is a formidable football ground and their following on match days has clearly translated into a substantial number on Instagram.

Nearing the three million mark we have the blue side of Merseyside, and the second-longest occupier of the top-flight.

Inevitably garnering a substantial following, some huge names in the world of football have passed through Goodison Park in recent years such as last season’s Champions League winner Carlo Ancelotti, as well as players such as James Rodriguez and Romelu Lukaku.

Leicester City exploded onto the global scene after winning the Premier League title back in 2016 having narrowly avoided relegation the season before.

One of the defining sporting underdog stories of this century will almost certainly translate into a wider following. It is also worth noting the incredible work former owner Vichai Srivaddhanaprabha, who tragically passed away in a helicopter crash in 2018, did to promote the Fox’s to a global audience, particularly in his home country of Malaysia.

Missing out on the top five (very Spursy of them) are Tottenham, who represent a massive jump in followers as we enter the biggest clubs in England.

While it has been 14 years since their last trophy, the League Cup triumph in 2008, they have consistently been challenging for Champions League football and famously reached the final against Liverpool in 2019.

Just missing out on the top four we have the Gunners, which coincidentally has been the story of recent Arsenal seasons.

Despite this, their rich history as one of England’s most attractive clubs with a long line of global superstars in Thierry Henry and Dennis Bergkamp, among others, has inevitably translated into a worldwide social media following.

If this list had been created prior to Sheikh Mansour’s monumental takeover in 2008, it would be highly unlikely to find Manchester City this high up.

This has ultimately allowed them to cherry-pick the most desirable assets in world football, from bringing in Barcelona’s treble winning manager Pep Guardiola, to most recently securing the services of the most coveted young striker on the planet in Erling Haaland.

Roman Abramovich’s infiltration of English football in 2003 after purchasing Chelsea was a seismic shift in the make-up of club ownership, which has allowed the likes of City and the Blues themselves to build from the ground up.

They have since gone on to win two Champions Leagues and five Premier League titles, and while the Russian has now left his position at the helm, it is an undisputed fact that Chelsea’s global recognition started with his arrival.

Last season’s runners-up also face a similar fate in our list as Liverpool occupy second-spot with little under 40million followers.

Undoubtedly one of the most iconic clubs on the planet, you would be hard pushed to find a human being on earth who has yet to hear of Liverpool Football Club.

And so, that leaves us with just one spot left to fill.

Manchester United’s global following his rather mind-boggling, clocking in at almost 20million more than second-placed Liverpool.

💬 Erik on our attacking players: “You see they connect really well together and I think when you see that, you are lucky as a manager.

“The team is lucky. We have weapons. We have to improve that every day and develop.”#MUFC || #MUTOUR22 pic.twitter.com/iMUxiQmSkd

While their fortunes have faded somewhat in recent years since the departure of Sir Alex Ferguson, their existence on the New York stock exchange makes them a global conglomerate and an advertising behemoth.

The return of football’s greatest ever goalscorer last season, Cristiano Ronaldo, will have almost certainly boosted their social media following.