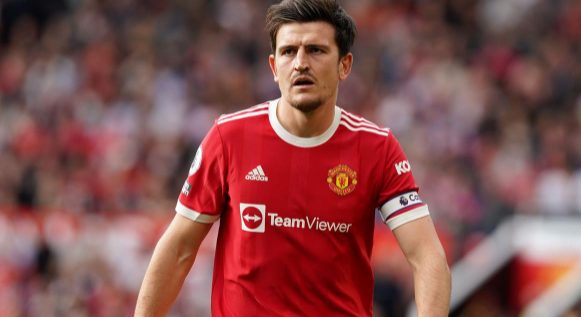 Man United suffered a 2-1 defeat at home to Brighton in their opening game of the Premier League season. One man in particular caught the eye of the United fans, for all the wrong reasons.

Harry Maguire spent last season taking the brunt of the United fan’s frustration. This season has started in the same fashion as last season for the club captain.

Man United were hit by a Brighton double within ten minutes in the first half.

Not even the introduction of Cristiano Ronaldo could change the fate of the Man United at Old Trafford today.

Captain Not So Fantastic

Maguire has struggled to gain the full confidence of the majority of United fans.

He has managed to keep the confidence of the Man Utd managers. Despite the negative opinion of him, Maguire has kept the captaincy at Old Trafford.

See how the fans reacted to his performance against Brighton below:

@HarryMaguire93 Please what can be done to make you leave our club pleeeaassse!

How can I tell someone they’ve won 9 champions league titles btw them and Harry maguire and Rashford are starting and they’re benched.#GlazersOutNOW pic.twitter.com/3CLVIjnyxb

They need to sell @HarryMaguire93 Mc Fred for sure

@ManUtd will not win anything as they still have the same team from last year.

They need to sack @HarryMaguire93 @mctominay10 @Fred08oficial @ManUtd are just becoming worse and worse. It is frustrating to be a fan of this club. @Cristiano deserves much better 🙏🏻