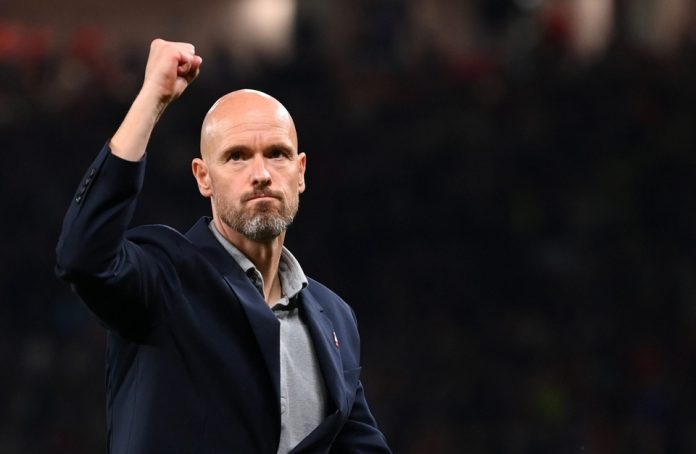 TalkSPORT pundit Simon Jordan has hit out at new Manchester United manager Erik ten Hag, branding the Dutchman as a ‘small man in a suit’ after his side beat Liverpool 2-1 on Monday.

Goals from Jadon Sancho and Marcus Rashford sealed a famous 2-1 victory for Manchester United against Liverpool on Monday Night Football, but Simon Jordan was less than impressed by Erik ten Hag.

🤔 “I watched him, and I looked at a small man in a suit that doesn’t fit him and he didn’t look like I thought he would.”

Manchester United fans were quick to jump to the defence of their new boss, including talkSPORT’s very own Mark Goldbridge who replied: ‘We need a chat’.

“Do you know what I took away from that interview yesterday, honestly – and people are going to say negative Jordan – I looked at Ten Hag and I thought, ‘this job’s going to be too big for you,’” Jordan told talkSPORT. “That was my take away.

“I watched him step up at the end and I saw a small man in a suit that doesn’t fit him and I thought ‘you don’t look like I thought you would’.