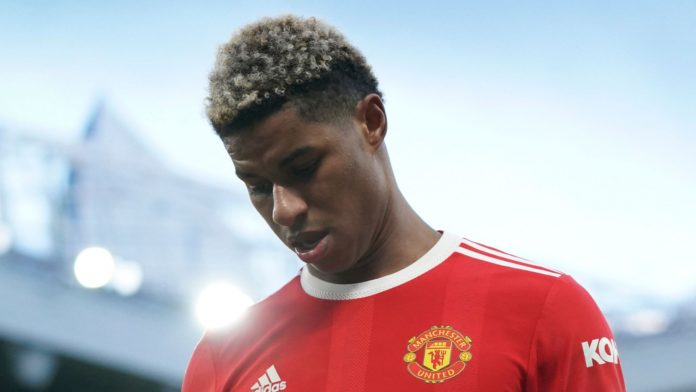 Manchester United lost 2-1 to Brighton in their opening game of the season. Erik ten Hag’s first game ended in defeat with not much joy for the United fans.

The game didn’t get off to the best start when Pascal Groß scored in the 30th minute of the game. Nine minutes later, Groß scored again to double the misery on the Red Devils.

All the talk pre-game was about Cristiano Ronaldo. The Portuguese star has had a patchy pre-season, and Ten Hag opted to start him on the bench. Ronaldo came on early in the second half, and United pulled one back through Diogo Dalot.

Despite the continued pressure by United, they failed to score another goal, and it’s left Ten Hag with more questions about his team.

Football fans aren’t shy of sharing their opinions, and Man United fans have done just that on Twitter:

Shocking again from @ManUtd .Put your hands in your pockets and buy a defensive midfielder. Mcfred are not good enough

WHAT DID YOU EXPECT DESPITE THE FACT THAT IT WAS BRIGHTON?

HOW CAN UTD HAVE ANY CHANCE OF SCORING/WINNING WHEN YOU PLAY MCTOMINAY IN MIDFIELD AND RASHFORD JUST SIMPLY CAN’T SCORE A GOAL EVEN IF THE NET IS EMPTY?
😓🙏🙌

Not Hitting The Mark

One man who has taken a lot of stick from fans on Twitter is Marcus Rashford.

After a poor season last year, Rashford was given a starting today but failed to make a lasting impression has he looks to rebuild his career.

Eee! Marcus Rashford, how can you miss such a chance 😉. Hmm Manchester United has started from where they ended last Season 😂😂😂🤣🤣🤣 pic.twitter.com/mqcRoaIHdD

That miss rather summed up Rashford’s performance today, here’s what the fans had to say:

@MarcusRashford do you want to keep playing football or do you want to stick to writing books?, because I don’t understand what you were thinking about today bro..@Sanchooo10 be honest are you really happy here? Because I see you always try your best but the team is just shit

Marcus Rashford is worse than Memphis Depay, but yall not ready for this conversation.