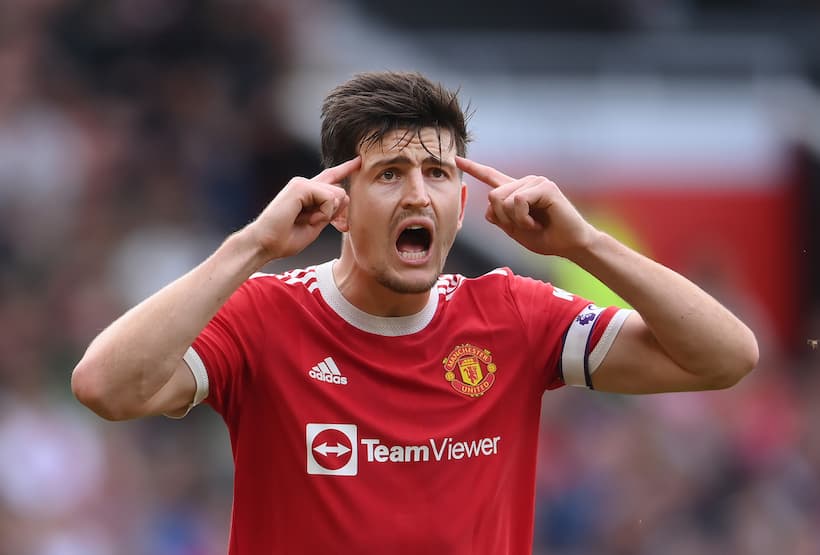 After an embarrassing 2-1 defeat to Brighton at the weekend, Man United fans have had further embarrassment thrown at them, and their captain is at the heart of it.

A video has emerged on Twitter of Man Utd captain, Harry Maguire, standing at the wrong side of the tunnel with his team before the game.

Usually the Man Utd players will stand on the left side of the Old Trafford tunnel as they walk out. However, Maguire, who is under enough scrutiny as it is, got his team to stand on the right – something the Man United faithful were quick to spot.

Just look at our captain😂😂😂The state of this club ei pic.twitter.com/xaCIlq97Bq

The video, that has been liked over 50,000 times on Twitter, shows David De Gea questioning Maguire about where they’re standing. Maguire has a look around and appears to realise the error he has made. The Sheffield born defender then gets the Brighton team to swap sides with the United team, restoring normality to the tunnel.

Man United fans were quick to jump on Maguire’s back about the incident, spurred on by yet another poor performance by both the team and Maguire on Sunday.

While not at sole fault for either of Brighton’s goals, United fans still voiced (typed) their displeasure at Maguire’s performance in the game.

Here’s how the Man United fans reacted to the video of Maguire in the tunnel:

I hate every single one of them pic.twitter.com/3SSbV9Mxj3

He doesnt even know the right side to stand De Gea have to tell this guy. I just don’t understand why hes still here honestly