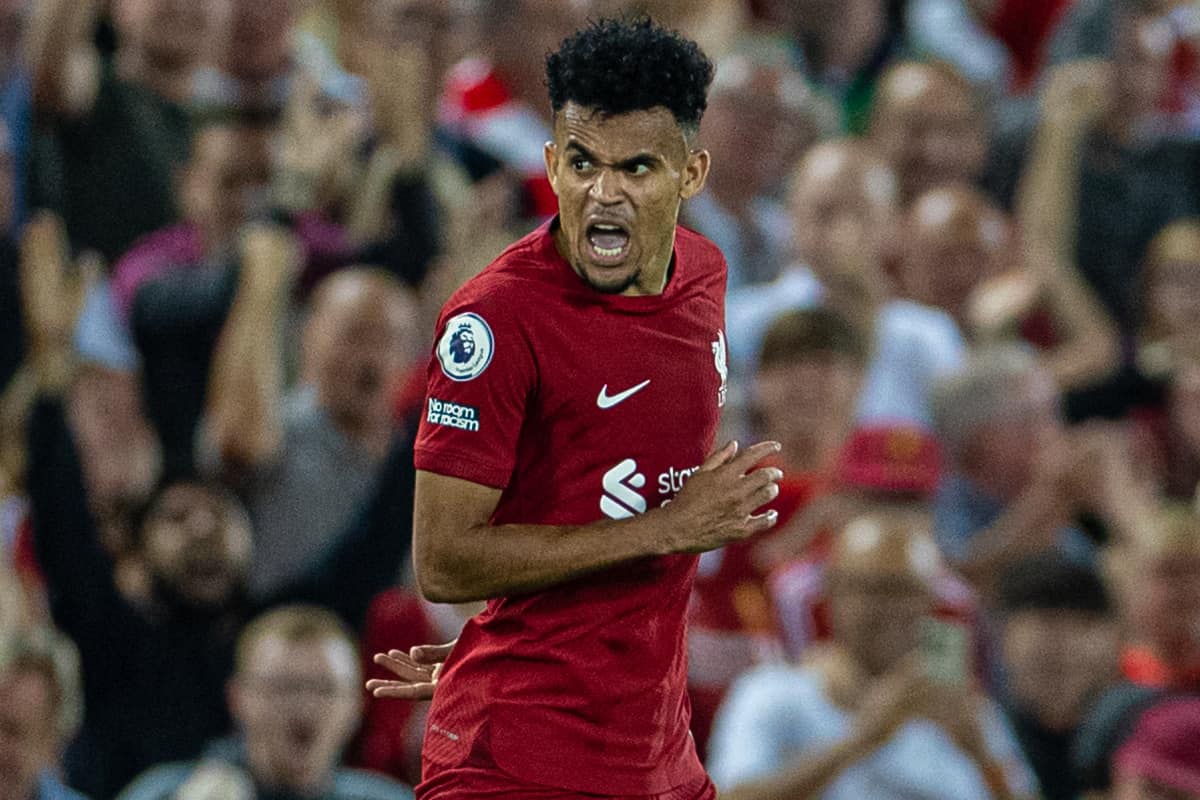 Few played as big a role in Liverpool’s fightback after going a man down against Crystal Palace than Luis Diaz, who has summed up the squad’s team spirit.

When Darwin Nunez received a red card with Palace already a goal up at Anfield, many will have feared the worst for Liverpool.

But with the fans roaring them on, Jurgen Klopp‘s side battled back and equalised just four minutes after Nunez’s sending-off.

The goalscorer was Diaz, who cut inside from the left and danced through a number of challenges before firing a stunning long-range strike into the far corner to make it 1-1.

After that, the Colombian was by far the brightest player on the pitch, and winning 16 duels over the course of the 90 minutes he produced a feat not managed by any Liverpool forward since Sadio Mane‘s debut in 2016:

As well as his goal last night, Luis Díaz won 16 of his 28 duels against Crystal Palace – the most won by a Liverpool forward in a Premier League match since Sadio Mané also won 16 on his debut against Arsenal in August 2016. #LFC #LIVCRY

The result was a bitter one for players and supporters alike, though, with the focus after another draw being on Nunez’s moment of madness.

Nunez has since apologised for the “ugly attitude” he showed in headbutting Joachim Andersen, vowing to “learn from his mistakes,” having also held his hands up to his team-mates.

And in a six-word message on Twitter on Tuesday evening, Diaz summed up the spirit within the squad, in a clear reference to rallying around their No. 27:

We’re all in this together lads ??? pic.twitter.com/GD1cDamH3q

“We’re all in this together lads,” the winger wrote, his grasp of English clearly improving over the seven months he has spent on Merseyside.

It is a message that reflects Klopp’s sense of pride after the game, with the manager praising his players for digging in, grabbing the goal and dominating Palace with 10 men.

Liverpool will need more of this as they look to improve on their disappointing start, of course, and Diaz should be central to their efforts in building on two draws so far.