Liverpool’s interest in Sporting midfielder Matheus Nunes has been firmly quashed this summer, despite rumours that they were targetting the Portuguese player to bolster their midfield.

According to a report coming out of Portugal, Jurgen Klopp had identified Nunes as the next cog in his midfield, which on the face of it needs an overhaul in the coming years.

‘Liverpool have defined Matheus Nunes as a priority for the new season and are preparing to start negotiations with Sporting with a view to signing him’, they report, with a deal worth 45m euros plus 5m euros in add-ons thought to be the asking price.

However, this has since been discredited by a pair of respected oulets. Firstly, the Athletic reported that ‘talk of Liverpool bidding for Sporting’s Matheus Nunes is nonsense’, before transfer expert Fabrizio Romano revealed that there have been ‘no bid or negotiations’ for the 23-year-old.

No bid or negotiations for Matheus Nunes to Liverpool, as things stand. Nothing has changed aroud this deal. 🔴❌ #LFC

Liverpool asked for Jude Bellingham in June, but it was impossible deal – not even a negotiation, as Dortmund consider him ‘untouchable’ this summer.

Of course, Jurgen Klopp has already told Liverpool fans not to expect any additions this summer in the centre of the park, having missed out on Aurelian Tchouameni already.

Quizzed on whether the Reds were keen to make a midfielder their fourth signing of the summer, Klopp simply replied with ‘No. I can say that.’

“I don’t think something will happen in midfield, but you never know”, he added. “If somebody comes to you and says ‘I want to go’, then…”

“Nobody came to me yet – but if that happens then we have to talk new.”

He was quick to turn his ire on the media too, questioning them over what they felt his squad was lacking before pointing out that he had plenty of options in the middle of the pitch.

“If the situation stays like it is, then tell me why [Liverpool would look to sign a midfield player]?”, he began.

“We can go through it. Where do you want to start?

“So, Fabinho, Henderson, Thiago, Milner, Keita, Curtis Jones, Harvey Elliott, Fabio Carvalho, Oxlade-Chamberlain. Now you tell me what kind of player are we missing? One who is offensive, 1.95m and arrives into the box to head balls in? OK, apart from that!

“We have three players in the squad who can easily play as a No.6 – Fabinho, of course, but Hendo and Milly played it fine.

“Creativity? If we bring in a player just for that, we immediately make it more difficult for Harvey, Curtis and Fabio.” 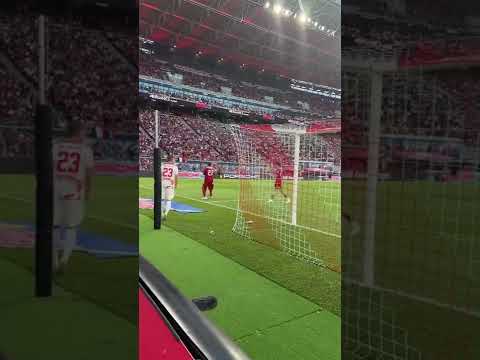 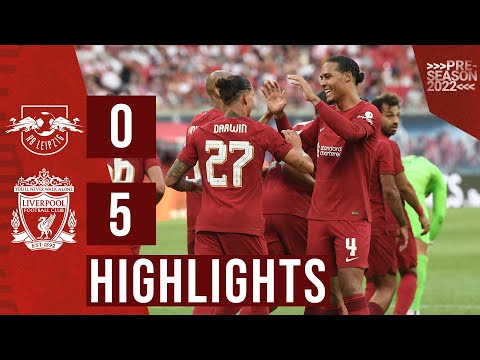 Enjoy all of the goals from the Reds’ pre-season friendly outing against RB Leipzig.…

Jalen Hurts, the quarterback for the Philadelphia Eagles, has his sights set on breaking the…