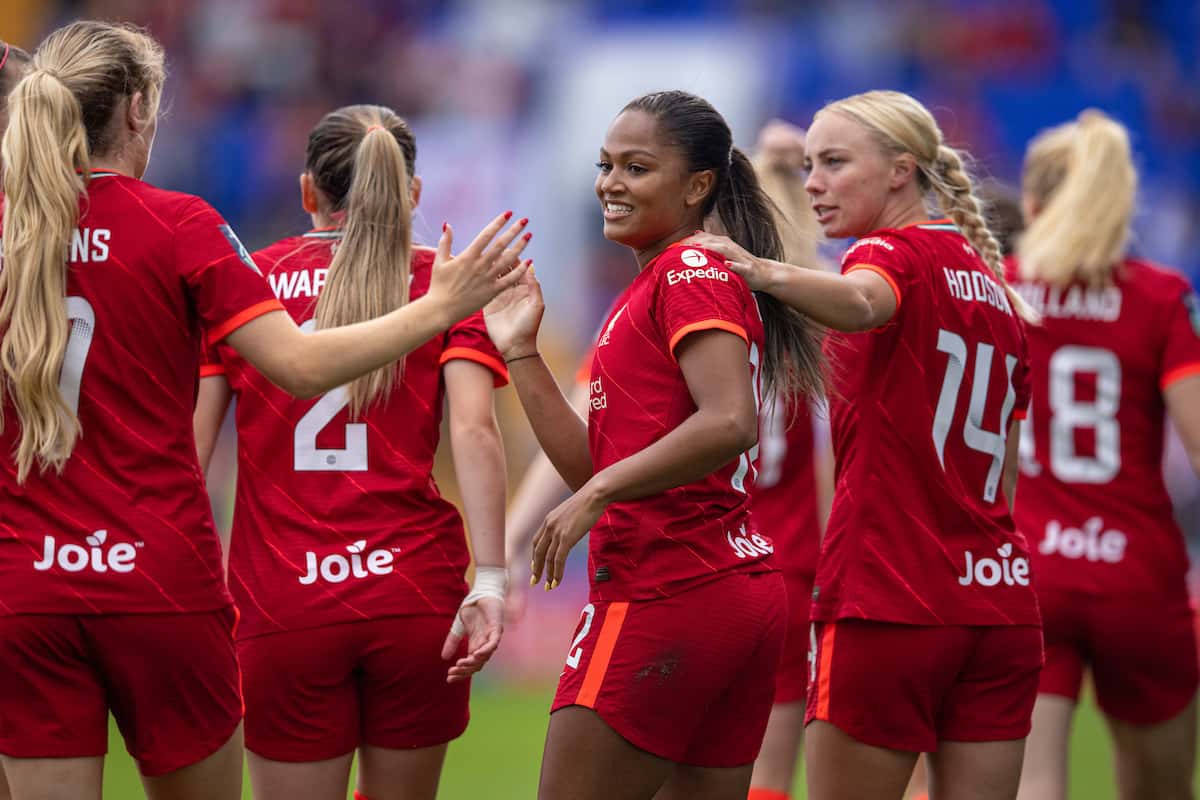 Liverpool FC Women will play at Anfield in September as they host Everton in a long-awaited Merseyside derby in the Women’s Super League.

The match will take place on Sunday, September 25, which coincides with the men’s international break.

It is the third time the women’s Merseyside derby will see Anfield as host, after previous meetings in 1997 and 2019, the latter of which saw a crowd of 23,500 turn out.

It was a hugely successful evening just under three years ago, even if Liverpool did fall to a narrow 1-0 defeat, in what was the first WSL match ever to be held at Anfield.

This time around, Matt Beard is at the helm for Liverpool in their return to the top flight after two seasons in the Championship, ensuring this is a long-awaited league clash against Everton.

The two teams last met in November 2020, with Everton again emerging as victors, but this time fans can watch in their thousands in another significant moment for the women’s football landscape across Merseyside.

“It’s going to be a fantastic occasion for myself, the players and the staff. That’s the first game we look for when the fixtures come out,” manager Beard told This Is Anfield.

“We didn’t have a Merseyside derby last year, I was hoping we’d have it in the Continental Cup but we never got it.

“To be able to play at Anfield, knowing there were 20,000+ here before and how far the game, and our team, has come since then it will be exciting to see how many we get here.

The match will follow the hugely successful Women’s European Championships in England and will only further serve to inspire the next generation.

It’s a moment the players, staff and fans will savour and the hope is that this will be a regular occurrence for the women’s side for this season and beyond.

“That’s just something you dream of, isn’t it? To walk out and play at Anfield, it will be amazing,” midfielder Carla Humphrey said.

Season tickets for LFC Women – which will include access to this Anfield game – are on sale now, with a 10% discount available until Monday. Just use discount code EUROS10 here.