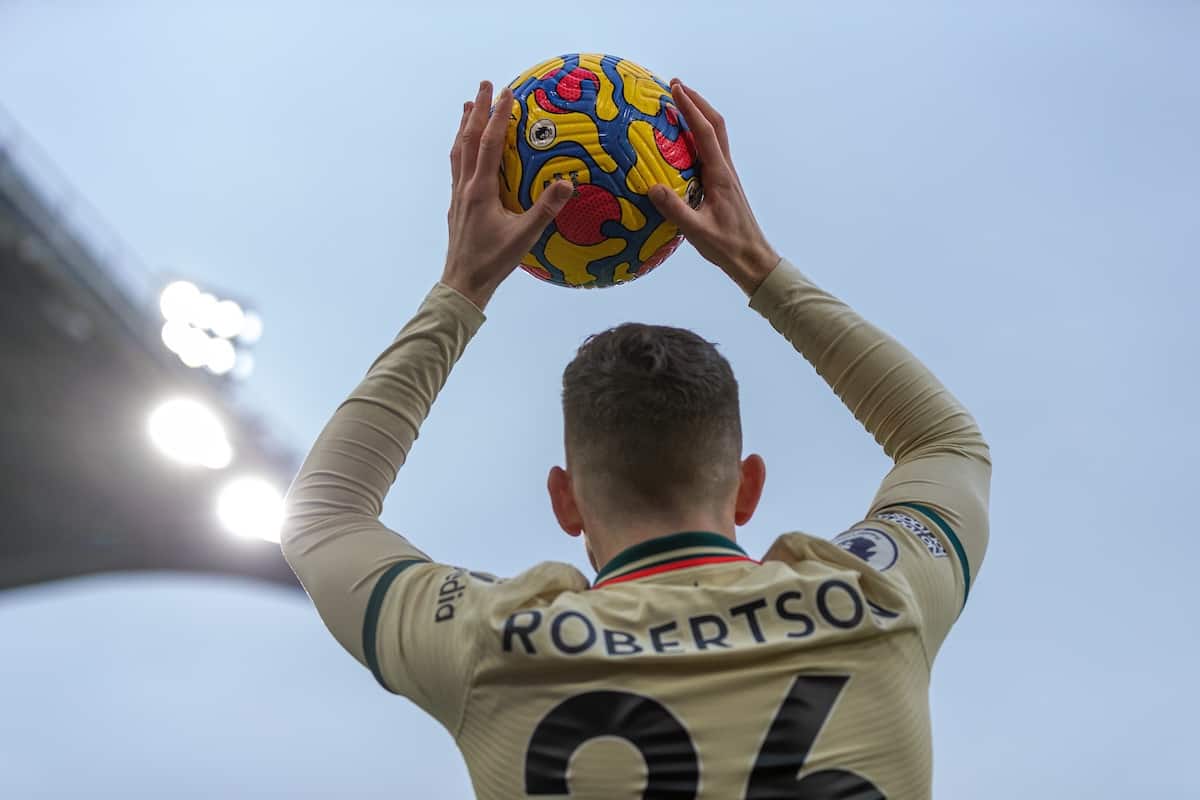 Throw-in coach Thomas Gronnemark will be staying with Liverpool into his fifth season, with the Dane confirming that he has signed a new contract.

Gronnemark has been a staple of the Reds’ training sessions since his appointment back in 2018, acting as a part-time coach within Jurgen Klopp‘s backroom staff.

The 46-year-old does not work exclusively with Liverpool, with Ajax, RB Leipzig, FC Midtjylland, KAA Gent and Brentford among the other clubs to have employed his services.

But he is perhaps best known for his association with the Anfield club, helping the likes of Trent Alexander-Arnold and Andy Robertson improve the quality of their throw-ins and, overall, the Reds improve their approach from the set-piece.

It serves to represent the relentless pursuit of success in all areas under Klopp, with the term ‘marginal gains’ one synonymous with the German’s reign.

On Monday, as a 15-man squad were put through their paces outside at the AXA Training Centre, Gronnemark was spotted alongside Klopp and head of recovery and performance Dr Andreas Schlumberger.

And hours later, Gronnemark took to Twitter to confirm that he had signed a new one-year contract with Liverpool – along with three other clubs.

Proud to tell that I have signed a contract for my 5th season as a throw-in coach in Liverpool FC ?
and 3 other pro clubs.
I discovered throw-ins when I saw my big cousins doing long throw-ins in the mid 80’s.
So, take your time when you meet a kid… you might start a passion. pic.twitter.com/9RHwcRq9Lh

This new deal keeps Gronnemark with the club for a fifth season, having made a big impression since his arrival four years ago in September.

Back in 2019, Klopp hailed the impact of Liverpool’s unorthodox coach, insisting that, despite Gronnemark previously holding the world record for longest throw-in, his influence was not only on distance.

“We brought in Thomas and it changed our throw-in game completely!” the manager said.

“It’s not obvious because when people talk about throw-ins they think it’s a long throw-in and you head it in.

“Now we have 18 [different] throw-ins in other areas and we want to have the ball after these throw-ins.

“It makes no sense if you have a throw and then after comes a 50-50 situation. So how that improves is massive.”