Liverpool have officially confirmed the signings of exciting young forwards Ben Doak and Trent Kone-Doherty, revealing plans for the pair heading into 2022/23.

Unsurprisingly, as new signings, there was excitement among supporters when deals for 16-year-old duo Doak and Kone-Doherty were initially reported.

Doak has joined Liverpool from Celtic, having already played twice for their first team, while Kone-Doherty made the switch from Derry City after also gaining senior experience.

There was little expectation that the pair would join Jurgen Klopp‘s squad upon their arrival, but it was unclear where they would immediately settle.

It has now been confirmed that plans are for Doak and Kone-Doherty to begin life on Merseyside as part of the under-18s, with the latter already making an impact during pre-season.

Kone-Doherty, who can play on either wing, produced excellent performances during victories over Carlisle (2-1) and Swansea (3-1), teeing up Keyrol Figueroa for the opener in both.

But it has been a waiting game for Doak, who arrived at his new club having picked up an injury after helping Scotland qualify for the Under-17 Euros. 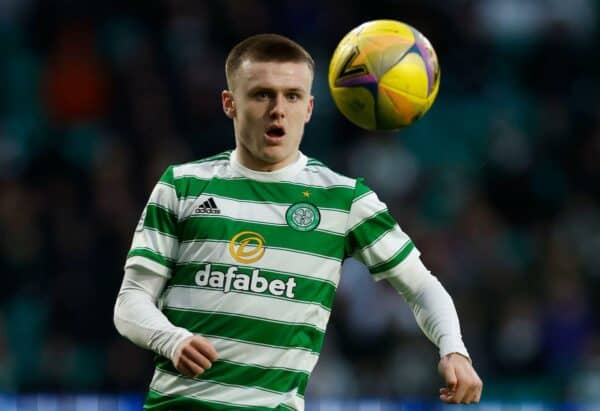 The versatile youngster scored three and assisted one in a 6-1 thrashing of Georgia back in March, but was unable to travel to the tournament in Israel with manager Brian McLaughlin not willing to risk him.

When fit, though, he can join a new-look attacking group under Marc Bridge-Wilkinson with the U18s, along with Kone-Doherty, Figueroa and first-year scholars Ranel Young and Elijah John.

The U18s kick off the new campaign at home to Middlesbrough on August 13, with their most eye-catching fixture of the month seeing Man United visit Kirkby on August 27.

Along with their wins over Swansea and Carlisle, the young Reds have also seen off the Robbie Fowler Academy (1-0) and Port Vale (2-1) during pre-season.