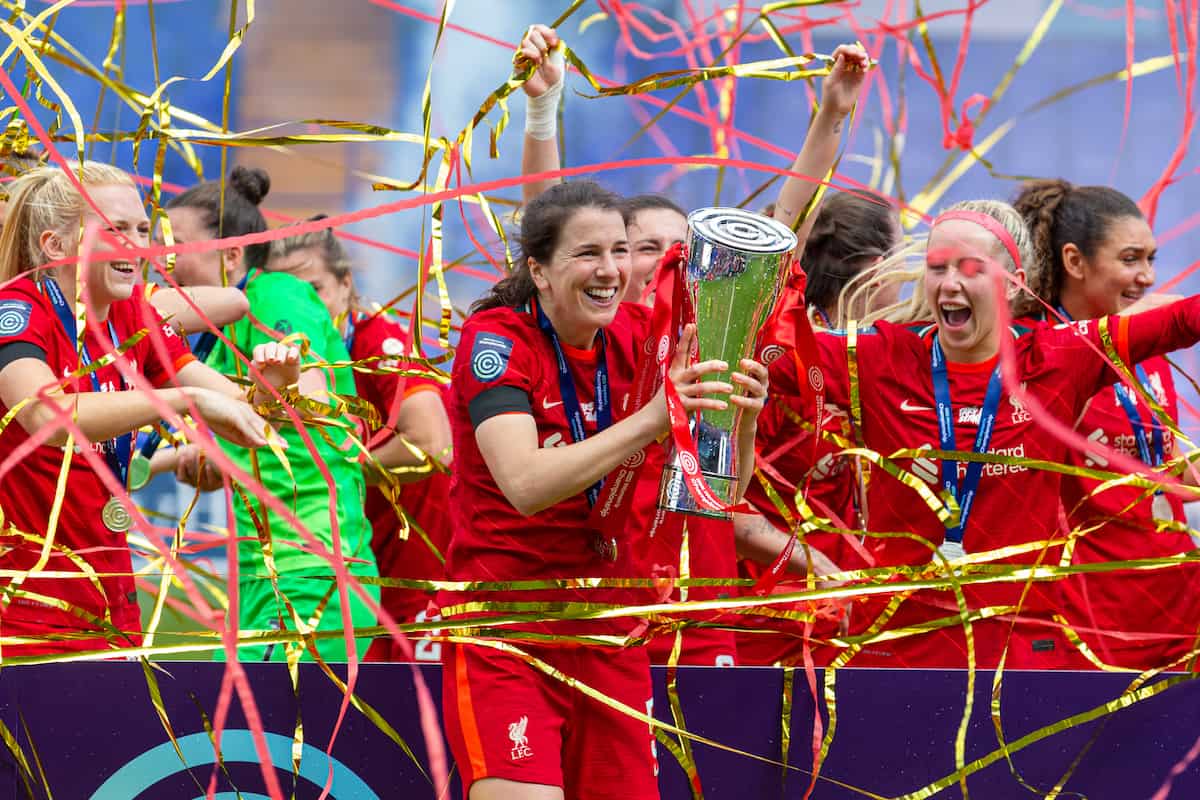 Liverpool Women secured promotion back to the top flight after a thrilling title-winning campaign and are now to be part of a historic first in FIFA 23.

The first FIFA game was released by EA Sports in 1993 and it is now unrecognisable from its early origins with national teams on the SEGA Megadrive.

For many, they’ve grown up playing the game and its annual release is an eagerly anticipated one around the world, with new technology continually taking the game to the next level.

But this year, it is the decision to include women’s club football teams in FIFA 23 which has been widely celebrated, with WSL teams among the first to be introduced to the game.

The launch of the new game is to see only two leagues included, with the WSL joined by the French Division 1 Feminine, but more are to follow in a significant step of recognising the women’s game.

Previously, the game only included a handful of international women’s sides but that is now finally changing and is reflected by Chelsea‘s Sam Kerr being on the global FIFA cover, the first for a female player.

It all sees Liverpool part of a historic first after their promotion back to the WSL following two seasons in the Championship, with Matt Beard’s side included in FIFA 23.

Players have been motion captured to ensure authentic animation and will enjoy the new Hypermotion 2 technology, which applies machine learning to capture new and realistic player movements.

It’s a welcome development and a huge stride for the women’s game, and it is certainly long overdue!

FIFA 23 will be available worldwide from Friday, September 30, 2022, on all platforms.